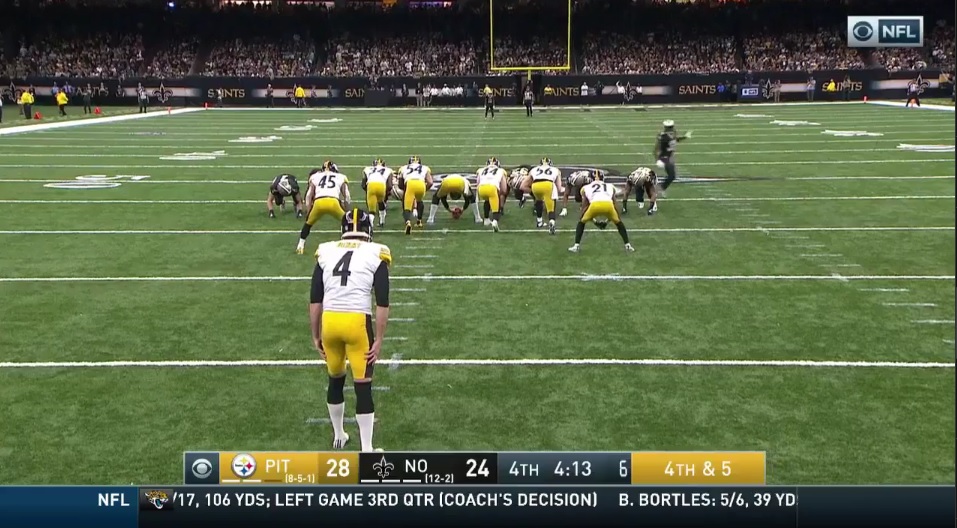 You might have been surprised to see Jordan Berry not only be re-signed this offseason but inked to a two-year deal. Had Berry not finished the year much better than how he started, it’s possible he wouldn’t have received a contract offer. He spoke with the PPG’s Brian Batko earlier this week and attributed his performance at the end of the year as what instilled confidence in the team to bring him back.

“Obviously, they showed their confidence in me,” Berry told Batko. “Finishing up the season pretty well from my end of it probably played into that.”

Week One was arguably Berry’s worse. He averaged just 39.3 yards on seven attempts in the tie to Cleveland. It was a windy day but those excuses won’t fly for Mike Tomlin and company. Berry’s first punt flew just 33 yards, out of bounds at the Browns’ 36. Another, later in the game, from his own 11 traveled just 36 and a third produced a net of just 36 too.

Things didn’t get a whole lot better the following week. Perhaps not his fault but De’Anthony Thomas returned his first punt 31 yards to the Steelers’ 10. It resulted in the Chiefs’ first touchdown and set the tone for the day, forcing Pittsburgh to climb out of a hole the entire game.

But things evened out as the year went on. He averaged 51 yards on six tries against Jacksonville. Ditto against Los Angeles a few weeks later. His hangtime and placement improved as early as the end of September.

Over the last three weeks, the Steelers have punted 13 times. They've allowed only seven return yards. Jordan Berry's net average over that span is 42.9, an elite number. #Steelers

And we pointed out the impact he had in pinning offenses deep and creating splash for the Steelers’ defense. All four of his punts which landed inside the five resulted in defensive points – two touchdowns and two safeties. After the year, we broke down Berry in-depth to defend the positives of his season relative to what the team asks him to do. Overall, few teams prioritize placement and limiting returns like Pittsburgh does which inherently dings average.

Berry said as much to Batko. In speaking of the numbers most important to him, he didn’t lead with yardage. He referred to his hangtime and placement (which is most often left hash between the numbers and sideline).

“But, obviously, the coaches have always showed pretty good confidence in me, and if I continue hitting balls with good hang time and where they want it, they’ll keep me around,” Berry said.

Despite the contract acting as a vote of confidence, Berry’s spot still isn’t secure. He’ll battle Ian Berryman, a rookie UDFA brought in from Western Carolina during camp and the preseason. And even if Berry wins that job, it’s possible the team goes outside the organization if there’s a more attractive option. That happened in 2013. Drew Butler beat out Brian Moorman but was ultimately cut for Zoltan Mesko.