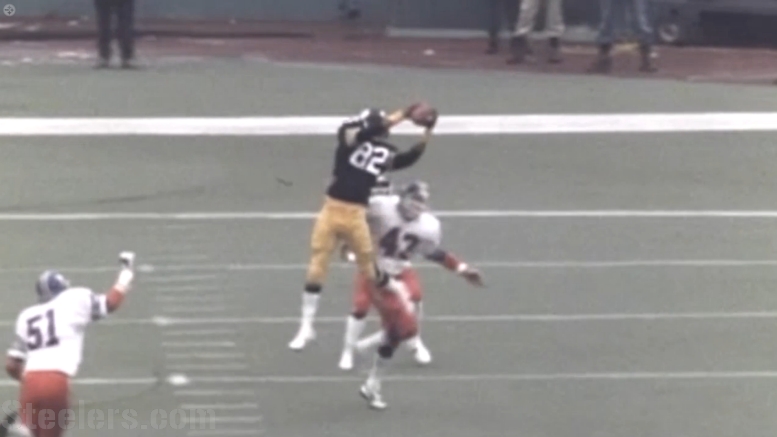 When the Pittsburgh Steelers entered the 1974 NFL Draft, they knew that they were high on a pair of wide receivers in Lynn Swann and John Stallworth. They also knew that they would have to get Swann, the flashier player out of USC, at the top of the draft.

Stallworth, a product of an underscouted historically black college, wasn’t on as many people’s radar, but they were on Pittsburgh’s, thanks in very large part to the one and only Bill Nunn. Which is why there were able to sit tight and wait until the fourth round to draft a Hall of Fame wide receiver.

Not that he wanted to go to Pittsburgh. That’s what he said in a recent conversation that he had for the team’s website along with Franco Harris, Santonio Holmes, and Willie Parker. “I didn’t have a great love for the Steelers at all”, he said. “I was the biggest Oakland Raider fan you ever would see”.

Talking about how they came from the old AFC and loved to throw the football, Stallworth said “that’s what I wanted to do in professional football. So [instead] I get drafted to a team that plays great defense, and they hand off to a big old hairy-faced guy all the time. I didn’t want to go to Pittsburgh, man. They didn’t throw the football”.

Stallworth would not crack the starting lineup full-time until his fourth season in 1977, when he caught 44 passes for 784 yards and seven touchdowns. The following year is when he said he believed he really began to become a factor, especially in the Super Bowls, and he had another teammate to thank for that.

That would be Mel Blount, yet another member of the Hall of Fame, the cornerback against whom he lined up in practice every day. But will working against the best of the best obviously strengthened his skills, it was thanks to the passage of the Mel Blount Rule earlier in that offseason, disallowing contact to receivers beyond five yards.

Over the next two seasons, the two Super Bowl years, Stallworth would catch 111 passes for 1981 yards and 17 touchdowns over 32 starts. In the postseason, he would add another 26 receptions for 547 yards and seven touchdowns over seven games.

That’s not bad, considering that he didn’t even want to go to the Steelers. He would end up playing in Pittsburgh for 14 seasons, compiling 537 receptions for 8723 yards and 63 touchdowns. At the time of his retirement, those numbers ranked 15th, 13th, and 22nd, respectively, in NFL history.

But of course it was his playoff career that would stand out. He recorded 57 receptions for 1054 yards and 12 touchdowns, obviously winning four Super Bowls, over the course of his career. Something he wouldn’t have done if he’d gotten what he wanted and were drafted by the Raiders…most likely, at least.