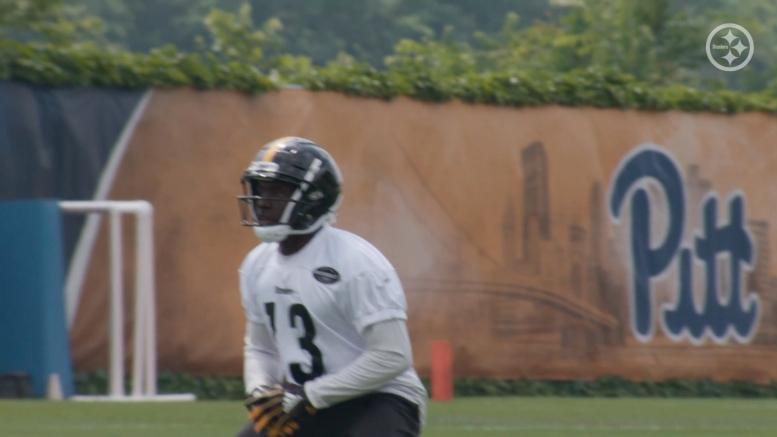 Earlier today, I talked about the fact that the Pittsburgh Steelers finally expanded its coaching staff to include two personnel members whose focus it is to work with the defensive backs. Like with the offensive line, in today’s game, it’s routine for teams to have five or even six of them on the field at a time, so it’s asking a lot to expect just one person to be able to do the job.

At least on a temporary basis, they also recently did the same for the wide receiver position, as they hired former Steelers cornerback William Gay to work with the wide receivers as a coaching intern. He is already working with Darryl Drake (and former tight end David Johnson is also working with the team’s tight ends as they rebuild that group with Jesse James gone).

There is of course an intimate relationship between wide receivers and cornerbacks, so it’s not a shock to see a player at one position become a coach at the other. The Steelers even have a couple of cornerbacks on the roster who started as wide receivers. They have also recently been using more four- and five-receiver sets, so the timing is right to get that extra pair of eyes.

And having that opposite perspective can be really beneficial, for an obvious reason that second-year wide receiver James Washington explained to the team’s website when asked about working with Gay on his craft.

“He played on the other side of the ball. When a defensive back does something I will ask him why did he do that, what did he read from me and it helps me get rid of those indicators that lets a defensive back know I am breaking”, he said.

Yeah. If your defensive back teammate does something that catches you by surprise and beats you, you want to ask him why he did that, how he knew to do that, and even how to beat it. In that environment, it’s all in the name of making the team better as a whole.

As should be no surprise, Washington also had praise for Gay the coach in the film room, saying that he has been helping the wide receivers by “giving us ideas on how to study better, how to learn from film better”.

One would think that a former cornerback would be able to help a wide receiver study film on cornerbacks and how to read them to beat them. That is one of the many things that Gay is doing with Washington and the rest of the mostly young group.

Outside of Eli Rogers, nobody at the position on the team has been with the Steelers for more than two years. JuJu Smith-Schuster was drafted in 2017, Washington last year, Dionte Johnson this year. Ryan Switzer was traded for in August, while Donte Moncrief was signed in free agency this year, and their practice squad guys were futures signings at the end of the 2018 season.