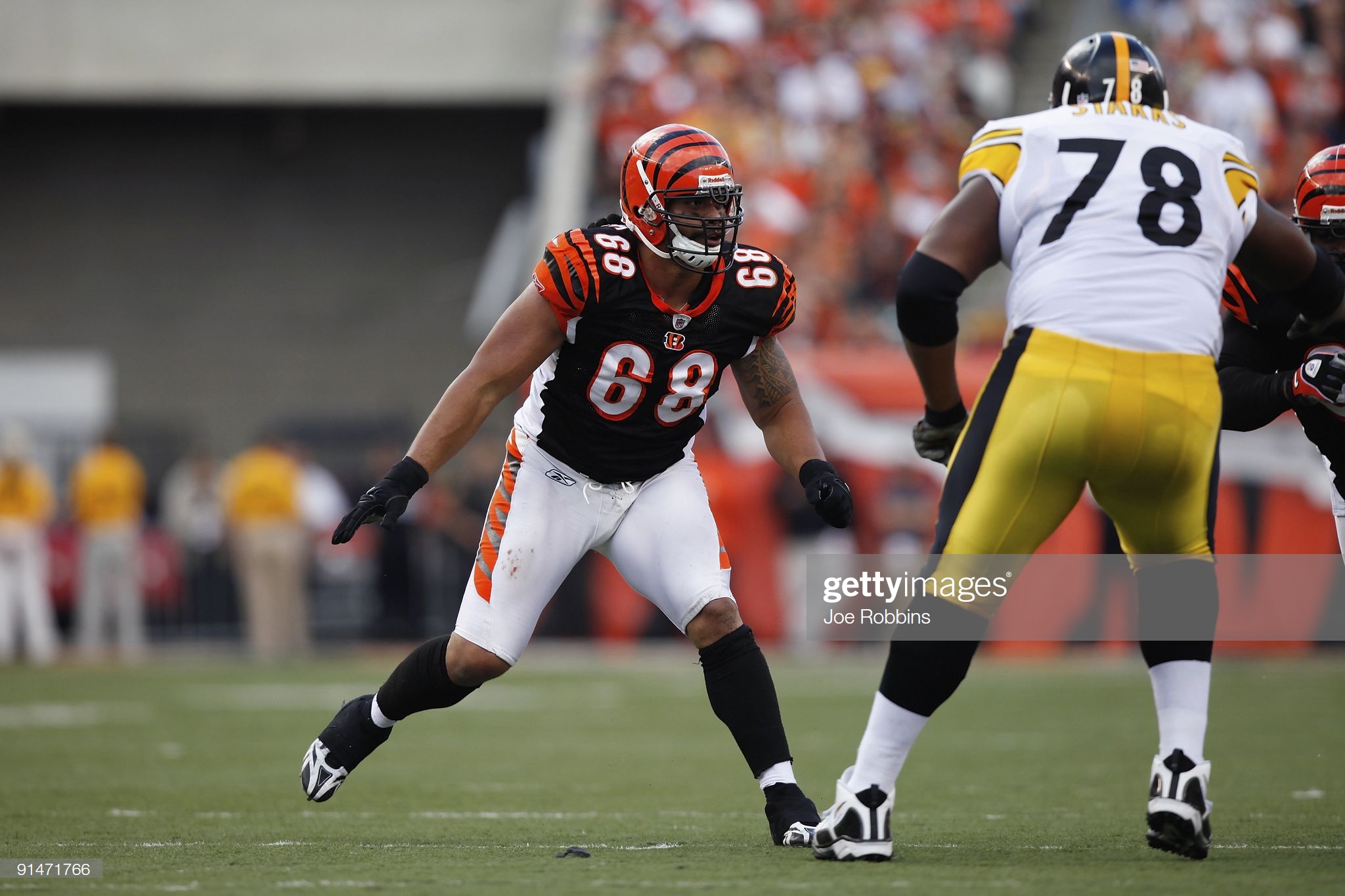 Do you remember the name of Jonathan Fanene? The former Cincinnati Bengals defensive end spent seven years with the team, recording 103 tackles as an occasional starter with 13 and a half sacks and one interception. In eight games against the Pittsburgh Steelers, he recorded 18 tackles, two sacks, and a pass defensed. Both sacks came in a rare win in November of 2009 as the Bengals went 10-6 and won the AFC North.

The name might ring a bell if you’ve been following the Steelers’ rivalry with the Bengals over the years, but after reading this, you’ll probably never forget it.

The native of American Samoa was recently charged with eight felony—among them assault and kidnapping—and five misdemeanor counts there on charges stemming from an altercation in which he beat his wife and sister after he was accused of having an affair. He was released on $100,000 bail and will appear in court this week.

According to the Associated Press, the two women confronted him on May 26 with the accusation of an affair while he was on a vacation in Hawaii. At one point, he instructed his nine-year-old son to retrieve a bat for him with which to beat the boy’s mother.

The boy told police that he could not find a bat, so he brought his father a pipe, a golf club, and a broom handle, with which he assaulted his wife and sister, according to his own statement. “He beat them as hard as he can”, the nine-year-old said. “My mom told him to stop, in a crying way”.

Even more disturbing, the wife claims that she tried on multiple occasions, including before she herself was assaulted by him, to flee the house, only for Fanene to apprehend her again. The first time began with him throwing a chair at her and dragging her back into the house.

“At one point during the course of the physical onslaught, she got up on the couch to distance herself from him, but he assaulted her with the pipe”, the AP quotes the affidavit. After she was able to remove the pipe, “he grabbed a commercial grade extension cord, wound it around his hand, and proceed to whip her and her sister-in-law with it”.

She went on to tell police that she was struck so hard that she momentarily lost consciousness, awakened by the sound of somebody gasping for air before she realized that it was, in fact, herself. She believed he was going to kill her.

The affidavit goes on to list further incidents spanning a decade going back to 2009, including multiple instances of Fanene holding a gun to her head. He also stomped on her head after she confronted him about an email he sent to another woman.

I want to make it very clear that I’m not writing about this as part of some rivalry piece to promote the narrative that the Bengals are thugs or anything like that. This is about Jonathan Fanene and his own behavior, which according to his wife has gone on for a decade virtually unchecked. Assuming that the allegations are true, he certainly deserves to finally be held accountable.