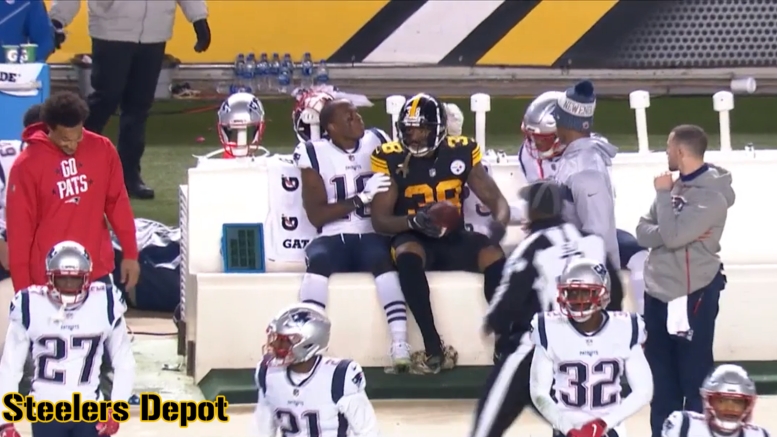 When the Pittsburgh Steelers first entered training camp last year, it wasn’t even obvious that rookie fifth-round pick Jaylen Samuels, the do-everything player from NC State trying to learn how to be a running back full-time, would even make the roster.

Heading into the 2019 season, the team is so confident in his ability to produce that they are now toying with packages that can get him on the field alongside James Conner, with two running backs in the game at the same time.

Le’Veon Bell’s decision not to show up made it easy for the Steelers to carry him on the 53-man roster, but he spent most of the early portion of the season not doing much. He increased his activity during the bye week and then supplanted Stevan Ridley as the backup toward the middle of the year.

As we enter another season, now with Conner and Samuels spearheading the team’s rushing attack, offensive coordinator Randy Fichtner reflected on how the running back progressed and rose to his status and how that related to taking care of Conner after he unexpectedly found himself in a starting role in Bell’s absence.

“Jaylen, by midseason, started to be in that position where you were very comfortable”, he said. “So what we did is that we took the approach, we’re gonna steal those reps and allow James Conner to rest by being in other personnel groups and utilize the other talent that we felt was capable of being efficient, moving the chains, and giving us a chance to score touchdowns. So that was his rest time”.

It was around that time that Samuels was starting to see more touches and Conner was getting more time off. Fichtner also gave Conner plenty of rest when the team would use four- or five-receiver sets, for which the team would use no running backs.

“You saw it midseason when Jaylen was able to play that potentially the confidence was there and that he was able to take 10 reps, 15 reps, whatever it might be”, the offensive coordinator said of Samuels’ gradual uptick in workload. “So that was the rest for James”.

Will Benny Snell make it a three-headed monster at the running back position with Conner, Samuels, and the rookie all getting work together, to ensure that none of them wear out by the end of the season?

There was definitely a point in time, around midseason, that the Steelers were using Conner the way they used Bell, as a true workhorse back, I believe averaging around 25 touches per game or so. From the sounds of it this offseason, they really want to avoid putting him in that situation again.