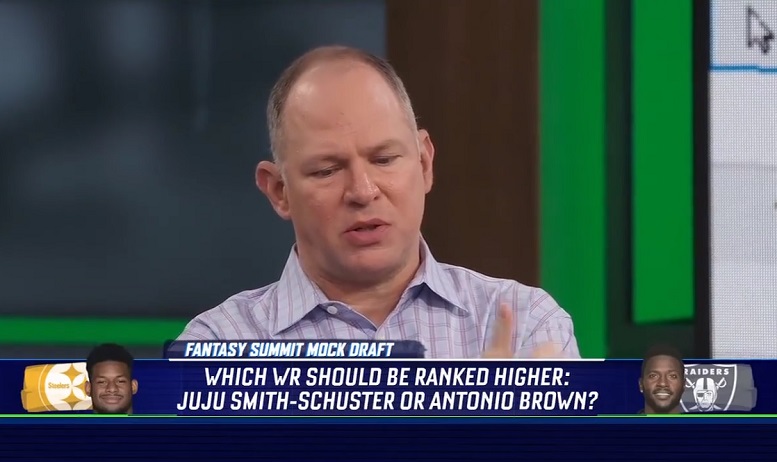 Where does Pittsburgh Steelers wide receiver JuJu Smith-Schuster rank positional in most 2019 fantasy football scoring systems and should he finally be ranked higher than his former teammate, Oakland Raiders wide receiver Antonio Brown?

“I think it’s close, Smith Schuster, believe it or not, was actually number one in pass routes in the entire NFL last season, stated one fantasy summit panel member. “So he was busy the way it is even while Antonio Brown was there. Seventh or better in targets, receptions, receiving yards.”

Some of Smith-Schuster’s receiving stats without Brown even on the field were also passed along in the segment.

Berry then passed along this statistical nugget.

In this particular segment shown below, the fact that Smith-Schuster plays with a better quarterback than Brown wasn’t even brought up and that’s something else that probably needs to be taken into account, in my opinion.

Thanks to a few of these stats rattled off by these fantasy gurus, I intend on going back and looking at Smith-Schuster’s usage and targets in plays that Brown wasn’t on the field for and I will pass those findings along to everyone in a later summer post.