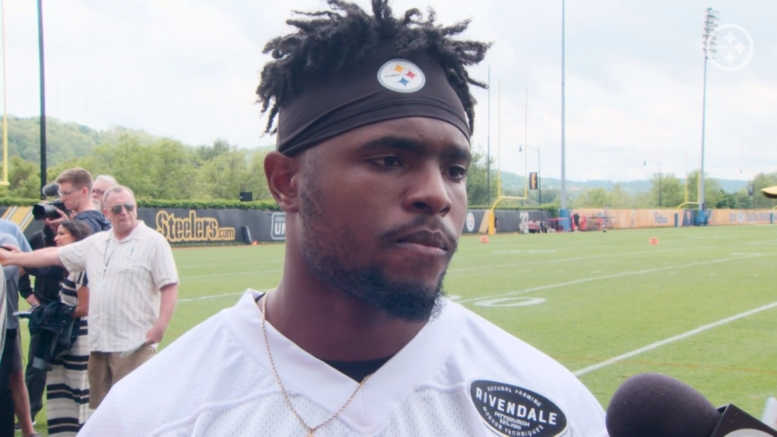 The phrase ‘football is family’ can mean so many different things to different people. For the NFL, it’s a brand, a slogan, something to sell the image of the league. There is a certain camaraderie among athletes at this level of the game, of course, but they don’t need an aphorism to feel it.

Football is also family in that it’s frequently generational. The Pittsburgh Steelers, for example, have a number of players on their roster who are second- or even third-generation athletes for NFL players, like Devin Bush, Terrell Edmunds, and Anthony Chickillo. Benny Snell, Jr. is another player whose father was a professional football player, and you know who his uncle was.

But football is family in an even more immediate way. It might be a game at its core, but making it into the NFL has the potential to be truly transformational, not just for an individual but for everybody close to him.

Take Diontae Johnson, whom the Steelers made the 66th-overall pick in April during the 2019 NFL Draft. The wide receiver was driven to succeed by his father—not necessarily by a paternal desire to see his son play football, but the child’s desire to make his father happy, and proud.

Teresa Varley has a great article on the team’s website about Johnson and his father, Leo. When Diontae’s mother died when he was five years old, Leo became both father and mother. “He stepped up and did what he had to do while we were young”, he said.

“I got up every day for him”, he went on after explaining that Leo still made time for his children in spite of the fact that he spent long hours at work to support them. “He motivated me every day, just by how he got up to go to work. This is about him. He always knew I had it in me. He just stayed on me whenever I wanted to give up. He didn’t like that. So, he stayed on me, never liked to see me down, and he always tried to lift me up. Just by him doing that, he made me the man I am today. I appreciate him for that”.

Though his mother’s passing at a young age is certainly tragic, the bond that he now shares with his father is a beautiful thing. And it was something that helped drive Diontae into accomplishing great things. He was selected by an NFL team and graduated in the same week. And Leo was there for both moments, tears and all.

I always find it helpful to be reminded that NFL athletes are, in fact, real people with real families, real problems, and everything else that we normal people sometimes take away from them. They’re not here to be perfect, but simply to live their lives. And sometimes we can gain something by hearing their stories.