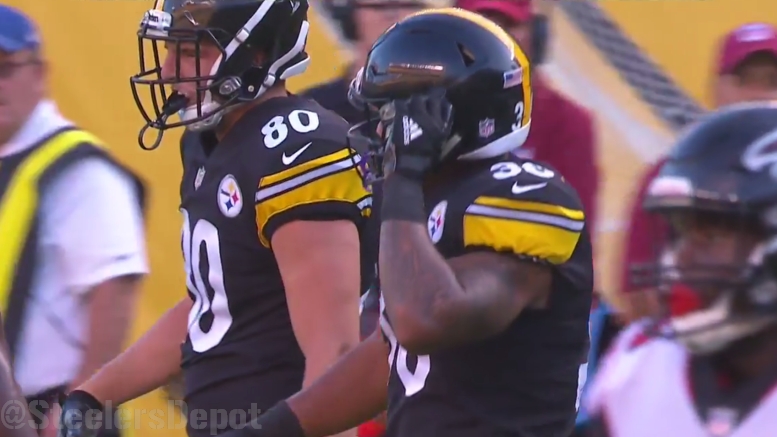 The XFL is still preparing to kick off its inaugural season next year in February, but before that, they have to build out their rosters. Toward that end, the eight cities (or nearby) have been hosting Combine-like events branded as Summer Showcases in which players can sign up to work in front of XFL coaches and staff. A number of significant names, as well as several with connections to the Pittsburgh Steelers, have participated.

We already wrote about Landry Jones, who was involved in the Houston showcase. A quarterback drafted in 2013 by the Steelers, he spent five years with the team before he was made a surprise cut last year, the team favoring the young Joshua Dobbs to be Ben Roethlisberger’s backup. Jones has since found it hard to keep a job on an NFL roster for more than a few weeks.

I don’t think that complete lists have been made available for every showcase, but there is for some of them. I’m sure I may be missing a couple, either because I did not find them or did not recognize them as having Steelers connections, but I will try to list as many as I come across.

Al-Hajj Shabazz: A former cornerback who spent time on the practice squad, but also was on the 53-man roster for some of 2016. Shabazz, as a bigger body, actually received a bit of playing time in the dime defense matching up against tight ends when Justin Gilbert was out.

Jarvion Franklin: A college free agent out of Western Michigan last year, Franklin was a bigger back who was originally signed to the team’s practice squad, but was released quickly after they signed Trey Edmunds, who finished the season on the 53-man roster.

Jake McGee: The Steelers signed McGee in training camp in 2017 after Scott Orndoff was injured. He impressed in the preseason and made the practice squad, but he suffered a torn Achilles in OTAs last year and was not re-signed this year.

Demarcus Ayers: A seventh round pick back in 2016, he spent most of his rookie year on the practice squad before being called up late. He played in two games and caught six passes for 53 yards and a touchdown. He did not make the team the next year and signed with another team’s practice squad.

Chris Nelson: This is about as brief as it gets. Nelson was signed as a college free agent after the 2019 draft and was released a couple weeks later, replaced by Henry Mondeaux as a defensive tackle following rookie minicamp.

Ladarius Perkins: Perkins, a running back, spent time on the Steelers’ practice squad in the 2014 season. He played for the Birmingham Iron last year as well.

Brad Wing: Wing was the Steelers’ punter for one season in 2014. In 2015, at the end of the preseason, he was traded to the New York Giants for a seventh-round pick as they kept Jordan Berry, who remains with the team.

Dashaun Phillips: Phillips, a cornerback, was acquired via trade for lineman Larson Graham in 2017. He spent the 2017 on the practice squad but did not make the team in 2018.

Brandon Dixon: Defensive back Brandon Dixon spent time on the practice squad in 2016, but did not make the cut the following year. He played for the Orlando Apollos in the AAF.

Alameda Ta’amu: A fourth-round pick in 2012, Ta’amu, the big nose tackle, was more trouble off the field than on it. He lasted one season there but did go on to play for the Cardinals for a couple years. He hasn’t been on a roster in the regular season since 2015.

Scott Orndoff: A college free agent in 2017, the tight end Orndoff was injured in training camp that year and released. He was briefly on some offseason or practice squad rosters after that, and played for the Apollos earlier this year.

Cameron Clear: The big tight end out of Texax A&M was a college free agent in 2015, but failed to make the team, or any other NFL team. He resurfaced in the AAF last year with the San Antonio Commanders.

Daryl Richardson: Richardson was with the team in 2016 at running back. He spent most of the year on the practice squad, but spent a few weeks on the 53 as well, recording two carries. He played for the Commanders in the AAF.