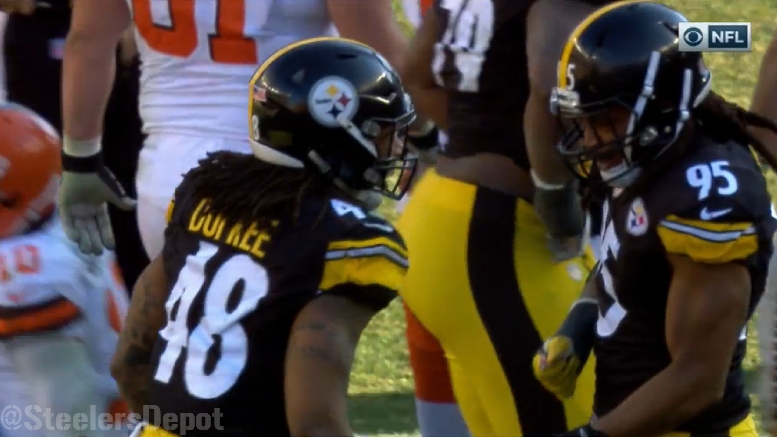 Topic Statement: The Steelers have a chronic problem of hanging onto investments too long.

Explanation: This is a common argument that has been around for a long time now. The Steelers have had a tendency to bring veterans back for an extended period of time, and younger players without high pedigree have struggled to crack the lineup. Some have argued that their attachment to experienced players has prevented them from searching for better solutions.

This is a historical problem, and it was never worse than after the initial Super Bowl run. The Steelers hung on to far too many players long after their heyday, such as Aaron Smith and James Farrior, even Troy Polamalu, to the point where it hurt them. Not only did they have an aged player starting, but they didn’t have a proper alternative option.

Their biggest issue right now is delving into the sunk cost fallacy. Just look at Bud Dupree, who has never had more than six sacks in a season, when multiple defensive linemen just last season topped that. Vince Williams had more than that two years ago. Then there’s Artie Burns, and before both was Jarvis Jones, a true bust who was starting in his fourth season.

Yet their recent free agency history suggests otherwise. Just from last season alone, they released two players that they signed to multi-year contracts in Morgan Burnett and Jon Bostic. A year prior to that, they traded for J.J. Wilcox and a multi-year deal and released him after one season. They cut the cord quickly on Josh Scobee a few years ago as well.

As far as Dupree and Burns are concerned, they may not be rookies, but they are still developing players who do have the potential to be better. They are both in make-or-break seasons, the latter of whom might not even make it into the season. There’s little harm in seeing if he can earn a spot. He was a decent starter in the past. Dupree is a competent player. The only question is if he has the potential to be a long-term starter, and that will be decided this year.