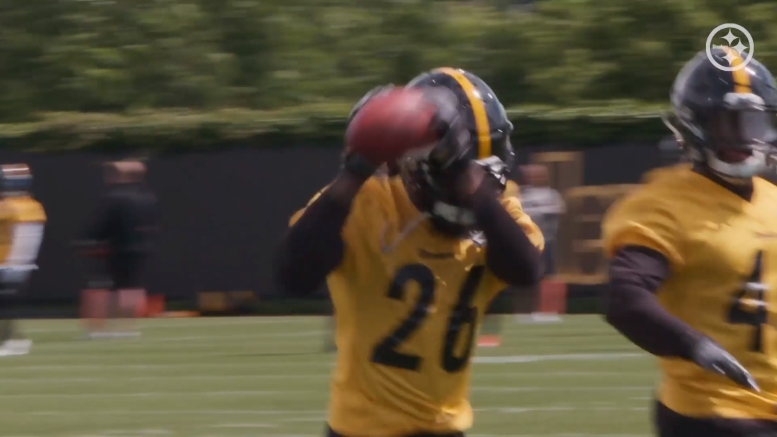 Topic Statement: Assuming the Steelers open in the 3-4 or nickel fronts only, Mark Barron will be on the field for the first defensive snap of the season.

Explanation: When the Steelers signed Barron to a two-year contract worth $12 million, it was assumed that he would start, but the drafting of Devin Bush obviously throws that into question. While Bush is highly-pedigreed, though, he is not set in stone to be the day-one starter. The team has been rotating both of them along with Vince Williams in the first-team defense as they sort out the best combination.

The Steelers signed Barron for a reason, and one different from the decision to sign Morgan Burnett last year. Both signings might have in some ways been a stop-gap measure, but in Barron’s case, he is a player who fits the profile for where the defense was looking to go at the inside linebacker position: athletes with speed and range.

They are going to get him onto the field, whether that’s just because Bush isn’t quite ready to go yet or because he showed enough to be trusted, which allows the coaching staff to put Williams on the bench and let the veteran come off only in situations that are more applicable to his skill set.

The defense as currently formulated I think is as equipped as it has been in some time to accommodate a player like Barron that would allow him to maximize his abilities, and there’s no reason to believe we won’t see that sooner rather than later, even if he might not finish the season as a starter.

The ‘sell’ argument is obviously a ‘buy’ argument for Bush and Williams, because if they’re not both on the field, then Barron is going to be. We already know who Williams is, as he’s been starting for two years. The Steelers are not as sour on his coverage ability as most fans are.

And Bush, well…you don’t move up like the Steelers did if you don’t think the guy is going to get on the field, and all reports about him through the spring have been glowing. The only knock on him has been that he needs to be a little louder calling plays, but if he’s not on the field, that’s going to be Williams’ job anyway, likely, and not Barron’s.