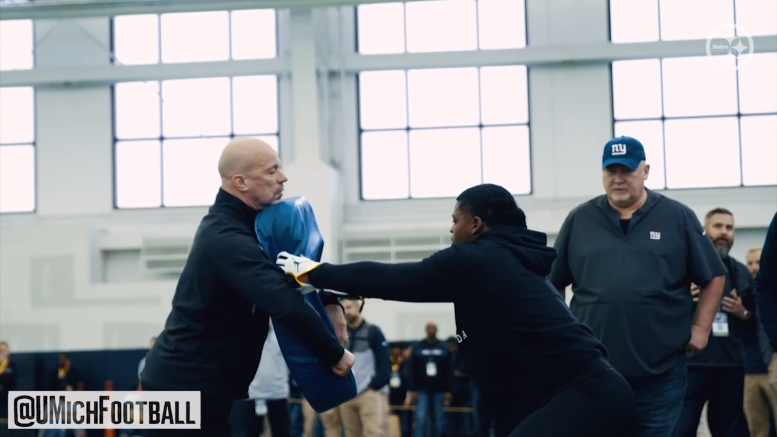 It stands to reason that when you’re not only drafted 10th overall, but the team that drafted you moved up that many spots to go up and get you, you are going to end up coming into the league met with very high expectations.

That is certainly the case for Devin Bush, the Pittsburgh Steelers’ first-round draft pick in the 2019 NFL Draft back in April. He is coming in expecting to be the team’s next great inside linebacker, following most immediately in the footsteps of Ryan Shazier, who will be closely watching him.

Shazier, of course, was their first-round pick a half-decade ago, emerging as a Pro Bowl talent before suffering what may well prove to be a career-ending injury even though he continues to pursue aggressive rehabilitation with a mind toward getting back on the field one day. He remains under contract with the team and has taken on a number of roles in the interim.

That is the young of player and person the Steelers are looking to Bush to be, and to become. “There will be great expectations, and he knows that”, defensive coordinator Keith Butler told reporters about the incoming rookie during mandatory minicamp a couple of weeks ago.

“That’s okay”, he went on, “because in order to be successful in this league you’ve got to perform under pressure”. He added that “he’s going to have to do that, as well as his coaches”. And as the defensive coordinator, Butler, of course, will be one of his coaches.

There is a lot of pressure on Butler after several seasons as the team’s defensive coordinator, the front office frankly still waiting on him to turn the unit around. They provided him with three very significant pieces at key positions through free agency and the draft this offseason, so 2019 should be a critical season for him.

Of course, a lot of the responsibility will also fall onto Jerry Olsavsky, who is the team’s inside linebackers coach. He was also Shazier’s position coach, so it’s not as though they don’t know what he might be capable of doing as an instructor.

With the Steelers losing both of the players that started games at the Mack last year—one signing away in free agency, the other being released after the draft—Bush is only competing with free agent signing Mark Barron for the starting job.

Both of them, along with Vince Williams, had been fairly equitably distributing the first-team reps throughout the spring, according to reports. It will be interesting to see how that works out throughout training camp and the preseason, though I suspect there will be opportunities for all three. But the Steelers are hoping Bush proves instantly that they can’t take him off the field.

That will partly come down to his coaches—Olsavsky, Butler, even Mike Tomlin—however, as the defensive coordinator alluded to.