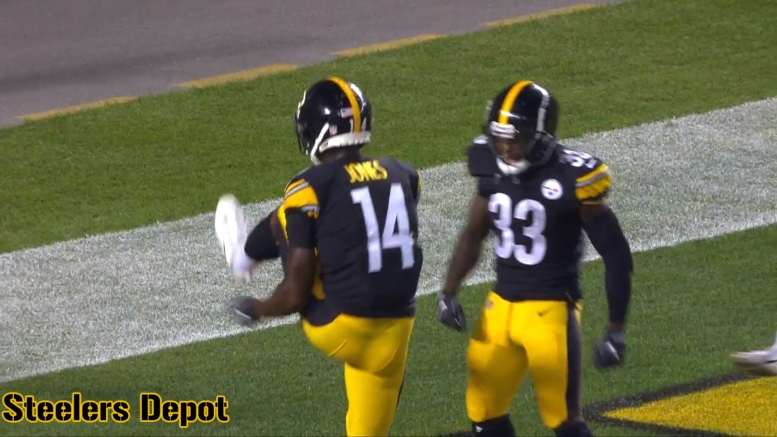 It seems to be fairly often that we start to get our hopes up for a wide receiver on the practice squad, that perhaps maybe next year he will be able to make the jump, only to see the Steelers continue to stack the deck and make that player’s long odds that much longer.

It hasn’t been often that a wide receiver has come up from the practice squad and had much success. Cobi Hamilton and Demarcus Ayers each caught a handful of passes a few years ago. Years earlier, Justin Brown very briefly flirted with relevance.

In between have been the Marcus Tuckers and C.J. Goodwins of the world, the Shakim Phillipses and so on and so forth. Last year, a couple of wide receivers were kept on the practice squad even though the Steelers already had six on the 53-man roster, those being Trey Griffey and Tevin Jones. They lasted all year.

But do their odds of making the roster look any better, even with three of the six wide receivers from last year’s roster now gone in Antonio Brown, Justin Hunter, and Darrius Heyward-Bey? Not really, no. There is already the possibility that they may choose between Eli Rogers and Ryan Switzer for a single roster spot.

And in the meantime, Diontae Spencer from the Canadian Football League has been opening eyes in the spring, so that is putting pressure on them to even maintain the status quo with their presence on the practice squad, if they hope to stay there.

Donte Moncrief and Diontae Johnson were brought in via free agency and the draft to replace their voluntary and involuntary losses, having already gotten Rogers back by the end of last season. So where would a Jones fit on this roster now?

Jones is already 26, though he has intriguing size and is a willing blocker. He did very little in the preseason in terms of catching passes until the finale, when he secured three catches for 90 yards and two touchdowns—and the backup quarterback job for Joshua Dobbs.