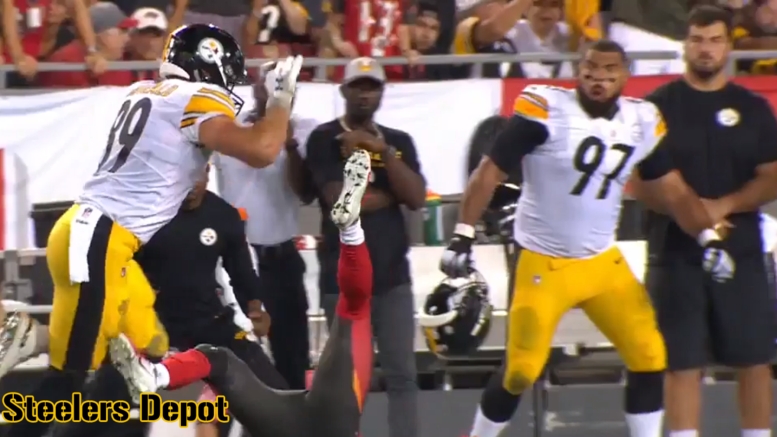 2019 could be a big year for tight end Vance McDonald as he enters his third season with the Steelers, and his seventh year overall. He is coming off a career-best season in which he caught 50 passes for 610 yards and four touchdowns, and there should be even more opportunities—and more trust in him—to expand upon that production.

There are two big personnel departures that should easily make him a more ready target. The 160-plus targets that wide receiver Antonio Brown typically sees annual will now be up for grabs, and that is obviously not going to be redistributed to just one person. They will be spread out across the spectrum, but McDonald should get a lot of them.

Why? Brown was Ben Roethlisberger’s security blanket. That’s normally your tight end for most quarterbacks. And last season, I think that McDonald was able to perform in a way that instilled a lot of confidence and faith in his ability to come up with the plays when they’re needed under pressure or in the clutch.

Other than that, the fact that there is no number two tight end, namely Jesse James, is a big deal too. As long as he is healthy, there is no reason to think that McDonald won’t play 800 or so snaps the way that Heath Miller typically did, because he too is a complete player.

Xavier Grimble might be able to fill the number two tight end role, but he is not going to give the Steelers reason to take McDonald off the field for the purpose of using him—other than some running package that they like using him in for some reason. And Zach Gentry has to worry about making the roster first.

We will see if things change later on, though. There have been indications that the Steelers would like to try to add a veteran tight end to the group to compete with Grimble for the number two role. They tried to claim Jordan Leggett off waivers, but their claim was far too high to land him.