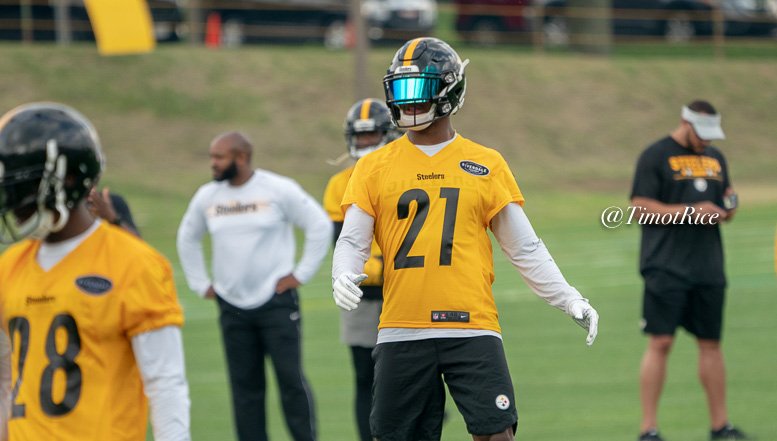 Question: Will Sean Davis be back on the field for the final week of OTAs?

It’s not clear exactly how much time he has missed, or what the nature of his injury that caused him to miss time is, but fourth-year starting free safety Sean Davis has been sidelined for at least part of OTAs, which has given others opportunities to play in his stead, with a ripple effect behind him.

He has told reporters, however, that the injury is not serious, and even that he expected to be back on the field before minicamp. We are in the final days of OTAs this week, so based on what he said, he would have to be able to return in the next few days to make good on, let’s call it his prediction.

Not that it’s crucial for him, as a fourth-year veteran, to soak up every snap possible in June, but he is only in his second season working at free safety, as opposed to strong, and the starting tandem of himself and Terrell Edmunds is very much new in itself.

He has surely remained engaged in every way that he can remain engaged while not actually participating in the physical aspects of practice, that on-field work and live repetition holds some value for the reasons that I mentioned.

There’s no reason to believe that whatever he’s dealing with should linger and become an issue, at least based on his essentially saying that he expects to be back any day now, so I don’t want to suggest that this is a reason to be concerned in anyway.

Still, it’s always preferable to have full attendance and full health. And even as a fourth-year player, it wouldn’t hurt Davis to squeeze in as many reps as he can manage this offseason. He should be especially motivated given that it is a contract year.