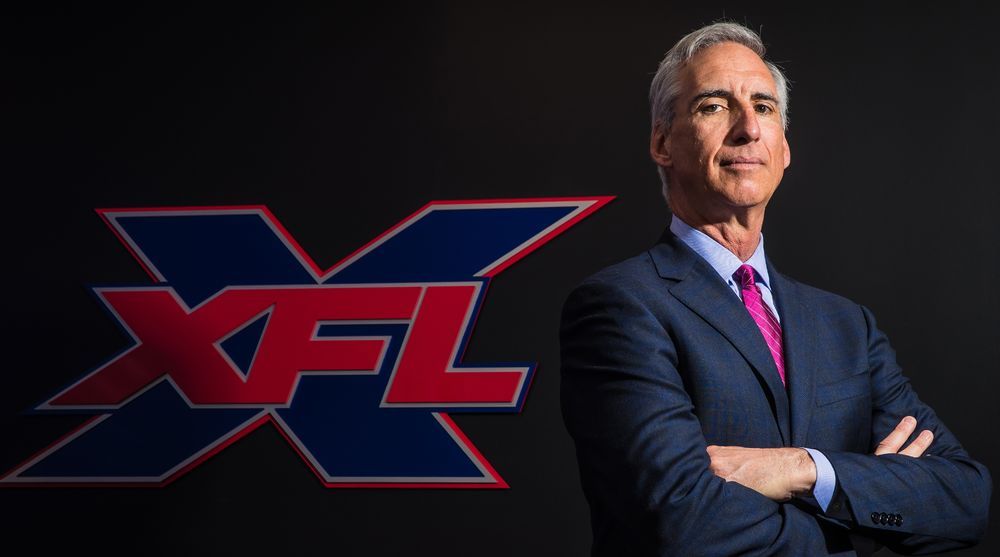 The XFL announced its return in early 2017. The Alliance of American Football announced its founding shortly after that. But their inaugural season already came and went, launching quickly and flaming out just as fast. That was, according to XFL Commissioner Oliver Luck, a “double-edged sword” for the revitalized XFL.

On the positive side, obviously, it takes out a direct competitor. It greatly expands the pool of players, coaches, and other relevant personnel that will be available to them. It gives them the opportunity to conduct an autopsy and figure out what didn’t work for them to make sure that they don’t do the same thing.

But “there’s no schadenfreude or dancing on the grave”, he told Sports Illustrated. “I was hoping they would make it through this year and we could observe their playoffs, their championship game. Those are all things that would have helped us make good decisions”.

As you might recall, the AAF folded eight weeks into its inaugural 10-week regular season, with the Orlando Apollos posting the best, 7-1 record during that span, coached by Steve Spurrier. There were to be two more weeks of regular-season ball to be played among its eight constituent teams, followed by a two-round, four-team playoff to decide the league’s champion.

That never happened. And Luck was disappointed to see that. Aside from the loss of additional data from which they could learn, it helps to further a negative impression of alternative football leagues. “It casts a bit of a pall over spring football”, he said. “It’s number whatever in the litany of failed spring leagues”.

And the XFL’s name is already on that long list of failed spring leagues, even though this latest incarnation bears little in resemblance to its predecessor outside of the name—which officially does not stand for anything—and the fact that it was founded by Vince McMahon.

“We want everybody to remember: We flopped the first time around. We gotta do it different”, Luck said, though he was not a part of the original XFL. He was, however, the commissioner for a time of the World League of Football, the original name of NFL Europe, and led a successful run during that time.

He noted that the original XFL announced itself with audaciousness and much fanfare, and yet petered out after just one season as the ratings plummeted by the end of the year. “That gives us a constant reference point to ask, will that lead to 2001?”, he asked.

I’m personally rooting for the XFL to succeed. For the most part, they appear to be going about it the right way, and in contrast to the AAF—reportedly, Luck chose not to take a job there due to questions about the funding—money is not an issue with McMahon bankrolling it himself.