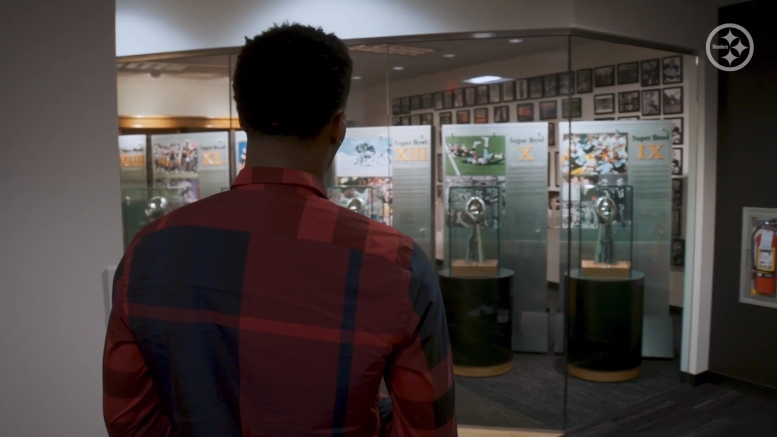 The Pittsburgh Steelers made Justin Layne the fourth cornerback that they have drafted within the first three rounds over the course of the past five years, following Senquez Golson in 2016, Artie Burns in 2016, and Cameron Sutton in 2017. They are hoping that he has a better future ahead of him than his predecessors did.

Golson was the most unfortunate of the group by far. He spent two seasons with the team, most of it on injured reserve, and never dressed for the Steelers, let alone playing a down. He had some time on offseason rosters after that, but has never caught on since as a former second-round pick.

Burns was a first-round pick and had the most success of the group, but that seems a long way off at this point. He recorded three interceptions as a rookie while starting for half the year, but he got benched last year and is on the fringe of the roster. As for Sutton, he looks like he’ll have difficulty ever being more than a role player.

Perhaps Layne can be more. He is still on the young side and relatively new to the cornerback position, but with much more refinement than Brian Allen had in 2017. While a lot of cornerbacks went off the board ahead of him, the Steelers were happy to get him where they did. And he was happy too.

“My emotions were everywhere, especially just the whole wait, that whole process, but I already knew I was coming here. It’s crazy”, he said while bring shown around the facility by Missi Matthews. When she asked him to elaborate, he said, “I just had a feeling, the whole pre-draft process, and then when I came for my top 30 visit, I just kind of had a feeling, like, ‘alright, I think I’m gonna come here’”.

Layne’s FaceTime segment featured highlights of that tour that is worth watching, and gives an impression of what he was talking about. Over the course of their travels, they ran into Darryl Drake showing Diontae Johnson around. Drake gave him a hug and told him he’s going to be battling his guy pretty soon.

Later, coming out of the locker room and seeing it for the first time, they bumped into Garrett Giemont, their conditioning coordinator, who let him know that he’ll be seeing him later in the weight room. After that, they popped into the trophy room and the hall featuring the best photos from the previous season.

Matthews asked him if he was getting the same vibes that he talked about when he came in for his pre-draft visit last month. “Oh yeah, it’s cool, yeah”, he said. Johnson also said similar things about his pre-draft visit, telling reporters that he felt like he was already on the team.

Now they both are, and they both can play big roles for the team down the road. They can play a key role in making this draft class be more than just Devin Bush.