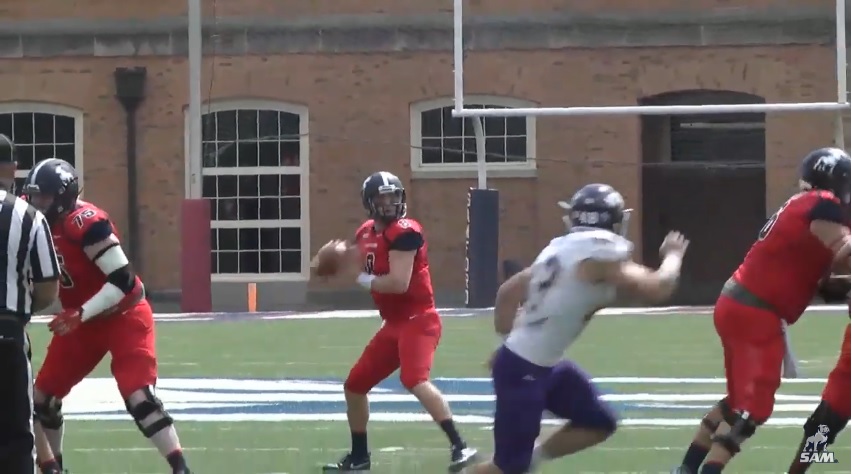 It sounds like three tryout players are now Pittsburgh Steelers. QB Devlin Hodges, a UDFA from Samford, posted on Instagram that he’s signed with the team.

Officially signed with the Pittsburgh Steelers..WOW.. honestly I’m speechless.. only thing I can say is thank you God and thank you Steelers for the opportunity!

Hodges set the FCS record for passing yards with more than 14,000, breaking Steve McNair’s longtime record. He’s also a plus athlete, running a 4.79 at his Pro Day, with eight rushing scores as a senior. He even punted a little bit, giving him some shades of Ben Roethlisberger. Three of his 12 attempts last season landed inside the 20.

Samford may be an FCS school but Hodges impressed against much better competition. He went toe-to-toe with Florida State, taking a 26-21 lead mid-way through the fourth quarter before the Seminoles made a mad dash to pull out a 36-26 win. Hodges went 39/60 for 475 yards and two touchdowns on the road.

Area scout Mark Gorscak and at least one other Steelers’ personnel member attended his Pro Day to check out him and star receiver Kelvin McKnight. McKnight signed with Denver after the draft.

While no roster moves have yet been announced by the team, it’s only logical this spells the end of Brogan Roback. There’s no reason for the team to carry 5 QBs into training camp. Roback was signed to a futures contract this winter after spending time with Cleveland last training camp, briefly earning fame on Hard Knocks.

DL Henry Mondeaux and LB Tuzar Skipper are the other two players reportedly being signed to the 90 man roster.