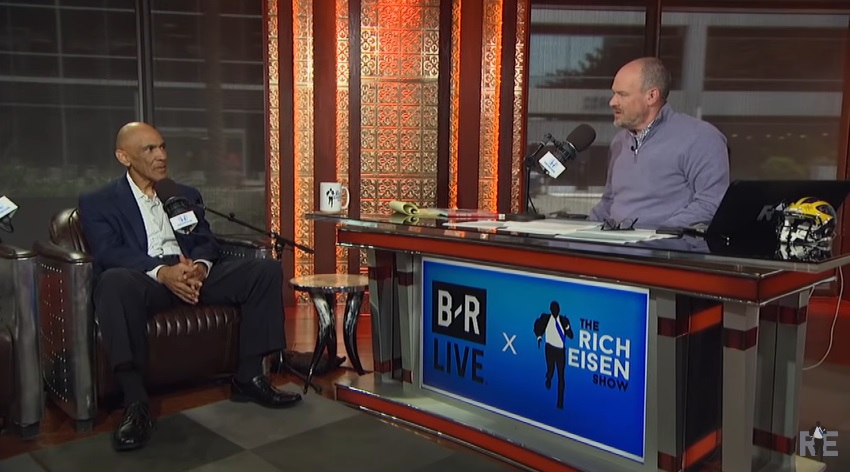 Mike Tomlin is far from sitting on one of football’s hottest seats in 2019 but he’ll be under the microscope more than most coaches. Still regarded as one of the best in the game, he received plenty of criticism for what the Pittsburgh Steelers have gone through the last six months.

A second-half collapse that led them to miss the playoffs for the first time since 2013. Antonio Brown going AWOL, demanding a trade. The never-ending drama of the team, leading to the debate if Tomlin gave Brown and Le’Veon Bell too much leeway throughout their career.

Now, he has to pick up the pieces. Less drama this year? Yes. But less talent too. And Steelers’ fans don’t take too kindly to missing the playoffs two years in a row.

A guest on The Rich Eisen Show yesterday, Tony Dungy, former head coach who once hired Tomlin, gave his input on the Steelers’ head coach.

“He was dealing with a lot of personalities,” Dungy said. “That every coach deals with. People think it’s easy. And it’s not. You get high quality guys, guys who are driven, you get guys who want to win in pressure situations.”

Like them or not, players like Ben Roethlisberger, Brown, and Bell all wanted the same thing. Be successful and win. With that intensity, competitiveness, and personality, the situation became volatile, eventually to the detriment of the team. Now, only Big Ben remains in black and gold.

Dungy went on to say how difficult little margin for error a coach has in that situation.

“And these are all things you have to navigate. Finding a way to do that. Finding a way to give enough responsibilities so they can be who they are. But also channel it in the right direction. It’s a fine line to walk.”

Though Dungy still occasionally talks to Tomlin, they don’t discuss those big issues.

“Mike understands how to deal with his team…those kinds of things, I don’t think he needs my advice.”

He cited his time coaching alongside with Tomlin in Tampa Bay in 2001, Dungy’s final year with the Bucs. Dungy praised Tomlin’s maturity, then a 29 year old, coaching up talented veterans like John Lynch and Ronde Barber. At the time, Barber was 26 and Lynch was already 30, older than Tomlin. But Tomlin controlled the room, just like he’s done for most of his tenure with the Steelers, at least until last year’s mess.

The two still have a close relationship. That was evident when Dungy interviewed Tomlin for a Sunday Night Football preview, one of Tomlin’s most honest and candid interviews he’s given. It included a prediction for a rematch against the New England Patriots in the playoffs, one that failed to happen after Pittsburgh was upset by Jacksonville in the 2017 Divisional Game.