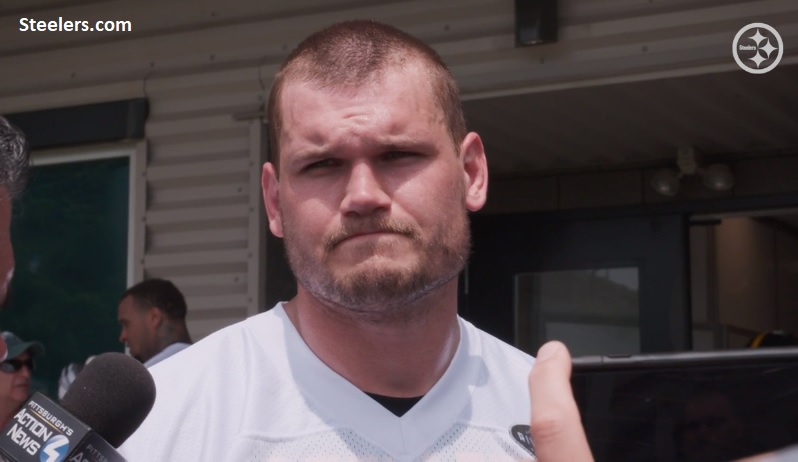 2018 was a career year for Pittsburgh Steelers tight end Vance McDonald as he recorded 50 receptions for 610 yards and 4 touchdowns in the 15 games that he suited up for. McDonald finally being able to stay relatively healthy for the first time since his rookie 2013 season was a main reason why he was able to put the kind of receiving numbers up that he did. After Tuesday’s OTA practice, McDonald was asked about him finally being able to stay on the field more in 2018 and if there was anything different last year and previous years when it came to his overall preparation.

“I don’t know, honestly,” McDonald said, according to steelers.com. “I didn’t really do anything majorly different. I guess it just happened and I was fortunate and happy to, yeah, go through a season last year without a whole bunch of stuff. So, we’ll do it again this year.”

As it stands right now, the Steelers 2019 tight end depth chart is headed by McDonald with him being backed up by Xavier Grimble. From there, it’s anybody’s guess as to which player might ultimately be the team’s No. 3 tight end to start the 2019 regular season. Obviously, the hope is that rookie Zach Gentry, the team’s fifth-round selection out of Michigan can ultimately win that third and final tight end spot and McDonald talked some about his young understudy after Tuesdays OTA practice and what all he is going through right now.

“It’s a lot for a rookie to just handle the playbook in general,” McDonald said, according to Ray Fittipaldo of the Pittsburgh Post-Gazette. “You don’t even get the chance to slow down and even think about what you’re doing. As a rookie, you’re spending so many hours here just trying to figure out the offense and how we operate. You’re not even playing football. You’re trying to ace a test. When we get to the point where he knows the playbook, he’ll find his stride.”

The Steelers have a few other young and inexperienced tight ends on their offseason roster right now in addition to Gentry as Christian Scotland-Williamson, Kevin Rader and Trevor Wood are all also battling for jobs. The Steelers also attempted to claim current Tampa Bay Buccaneers tight end Jordan Leggett off waivers from the New York Jets a week ago so that’s an indication that the team is looking to add yet another young tight end to the battle. McDonald spoke a little on Tuesday about the interesting battle for the third tight end spot that will likely continue well on into the summer.

“Yeah. it’ll be fun, sort of, especially when we get to Latrobe, right, because were playing football, but we’re not because we don’t have pads and stuff,” McDonald said. “So, the tight end position, just because of what it is, and you gotta get in there on the line and do a lot of heavy lifting in terms of blocking, that’ll be the big component for who sits at that number three behind X [Grimble] and I. So, it’s just one of those things that it is what it is until we get to Latrobe and I would just encourage them to get in the playbooks.”

McDonald really seems like he’s a lot more vocal this offseason than previous years and that’s probably not too surprising with this now being his third year with the Steelers. With wide receiver Antonio Brown being jettisoned this offseason, McDonald knows that he might be asked to help play a large part in helping to fill that offensive void and he said Tuesday he’s ready for a bigger role in the offense.

“Sure, absolutely,” McDonald said. “I think it’s required. It’s definitely being asked and I will embrace it.”