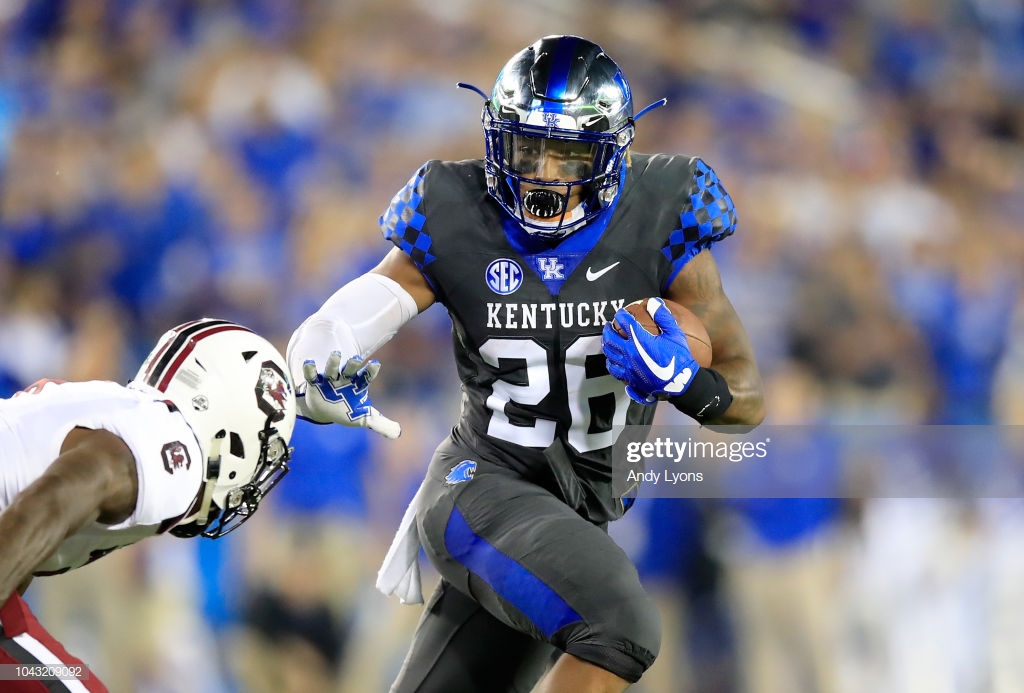 Are you excited about Pittsburgh Steelers rookie running back Benny Snell Jr.? It’s really hard not to be when you closely examine his college tape and his statistics. While we don’t yet know how quickly Snell will be integrated into the Steelers offense and what his role will be once he does start receiving playing time, the Kentucky product and this year’s fourth-round selection might be perfect for short-yardage situations to start with.

Snell enters the NFL as possibly one of the top and most reliable short-yardage running backs to be drafted this year. In fact, and as you can see in the table of stats below, of the running backs drafted this year, Snell had the most third down short-yardage carries (1-3 yards needed) in college with 78. Of those 78 third and short carries, in which 3 or less yards were needed, Snell converted 56 (71.8%) of them with 5 of those successful runs being touchdowns.

Obviously, there are a few other running backs who were drafted this year with better college career 3rd and short yardage conversion rates than Shell registered, but the fact that the Kentucky product had many more opportunities than all of the players listed ahead of him in the table below makes his percentage stick out. Additionally, it’s important to keep in mind that Snell registered a good portion of those stats in games against SEC teams.

In case you’re curious, the Steelers running backs registered a combine success rate of 70.6% last season on 3rd and short carries in which 1-3 yards were needed. The one carry that Stevan Ridley registered in that situation last season came in the Steelers loss to the New Orleans Saints and not only did he lose yardage on that fourth quarter play, he also fumbled away the football.