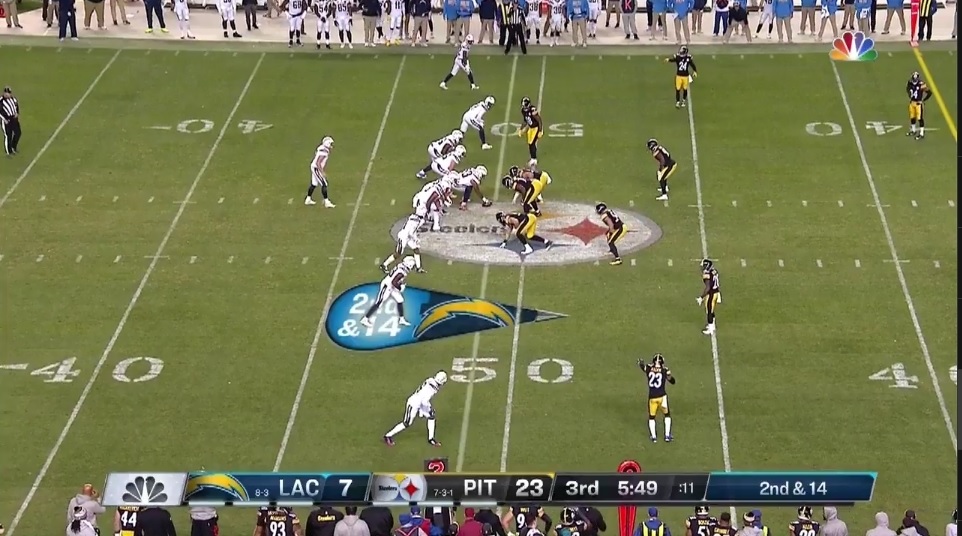 We’ve discussed the topic endlessly already but to put some numbers to the film, it should come as no surprise the Pittsburgh Steelers’ defense was among the NFL’s worst in defending empty looks. That comes courtesy of For The Win’s Steven Ruiz, who compiled data for defenses when the offense had no one in the backfield.

NFL defenses vs. Empty during the 2018 season pic.twitter.com/s8EkZsNcIr

The Steelers ranked 24th in expected points allowed and 20th in positive play percentage allowed. Most often, they played Cover 1 in response. Knowing that, it’s no shock to see them use single high looks over 57% of the time.

Just as notable is how often they faced empty. We profiled the issues they had in stopping it, linked above, so it’s no surprise to see they faced the most amount of snaps against it. The 116 times against made them one of only three teams, Jacksonville and Cincinnati the others – to see triple digits.

The stat could’ve been a lot worse. If you want to sum up how they fared against empty looks in one play, look no further than Week 2 against Kansas City. On back-to-back plays, Sammy Watkins lined up against T.J. Watt. Neither plays resulted in completions but the Chiefs recognized the mismatch the latter snap. Patrick Mahomes narrowly missed Watkins for what would’ve been a 40 yard touchdown.

Of course, linebackers-on-receivers became an all too common theme throughout the season, killing the team time and time again. Somehow, Keith Butler remains the defensive coordinator but it’ll be interesting to see if the power shift between he and Mike Tomlin continues in 2019. Butler still calls the defense but that may change, making him the DC in title only. He picked up the OLB role after the front office dumped Joey Porter in their coaching staff shakeup.

Regardless of who is running the show, the Steelers fill have to come up with a better response and answer to empty sets. Until they do, teams will keep testing them, and their struggles will continue.