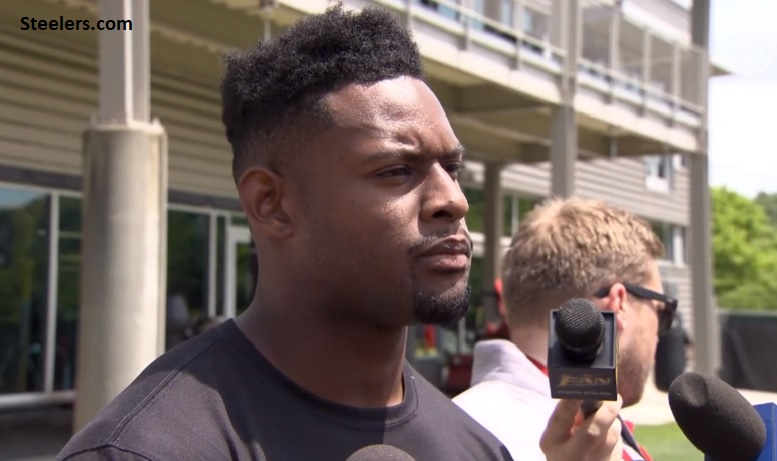 “Yeah, it is weird,” Smith-Schuster said after Wednesday’s OTA practice when reminded he’s currently the youngest wide receiver on the team right now despite already playing two seasons in the NFL. “Being 22, but having that many games played, being a role model for that room, I’m pretty sure I can take on that challenge. And that’s what I’ve been doing, you know, being the leader and just trying to, you know, contribute like everybody else.”

That fact that he is just 22 years of age, however, is something that doesn’t seem to faze Smith-Schuster one bit as he and the rest of his teammates start winding down the first week of OTA practices.

“You know, age is just a number,” Smith-Schuster said after Wednesday’s practice. “I’ve played enough games under my belt where I’m able to take on this and this is just another challenge that we’ve got to deal with.”

With two OTA practices now in the books, Smith-Schuster was asked to give his thoughts on the team’s two other young drafted wide receivers, who will likely be asked to help him and the rest of the offense overcome the offseason loss of Brown, Diontae Johnson and James Washington.

“Oh yeah, yeah, today he impressed me a lot today,” Smith-Schuster said of Johnson, the Steelers first of two third-round draft picks this year. “He caught a couple of balls, you know, Ben [Roethlisberger] told him to come in and he made a couple of plays and he’s doing his job.”

With Johnson being a Toledo product and thus coming out of the Mid-American Conference (MAC) with measurables similar to those of Brown when he entered the NFL as an underclassmen in 2010 out of Central Michigan, Smith-Schuster was asked Wednesday if he’s noticed any similarities between his new teammate and his old one.

“Yeah, I mean, speed, quickness, all that,” Smith-Schuster said of Johnson. “The only thing about Diontae is he has to put on a little bit more weight. I took him to Chipotle last night, you know, fed him up like he’s my son.”

Johnson, by the way, measured in at this year’s scouting combine at 183-pounds while Brown seemed to mostly weigh right around 190-193-pounds during his final several seasons with the Steelers.

While Johnson might have to gain some weight in the coming months, Washington apparently focused on dropping about 15 pounds this past offseason, according to comments he made after Wednesday’s OTA practice. Smith-Schuster also commented on the Steelers 2018 second-round draft out of Oklahoma State and the progress he’s seen him make this past offseason after Wednesday’s practice.

“Oh, huge, man,” Smith-Schuster said when asked to comment on Washington’s growth from his rookie season to this season. “He’s not jumping every time he goes and catches the ball, you know, he’s running through all his routes. You know, powerful, strong, his conditioning’s up there. So, yeah.”

While Smith-Schuster will certainly have most of the other wide receivers now looking up to him moving forward into the remainder of the offseason, the Steelers former second-round draft pick out of USC doesn’t believe that his new leadership role when it comes that position group will require him to be any more vocal than he has been in his first two seasons in the NFL.

“I’m already vocal,” Smith-Schuster said. “I mean, I’m just vocal just in person, in general that’s just how I am. There’s no need for me to go out of my way and yell at the guys. I mean, we’re all adults here, we all know what’s right from wrong and everyone just works. You know, everyone has a voice in the room, there’s not just mine.”