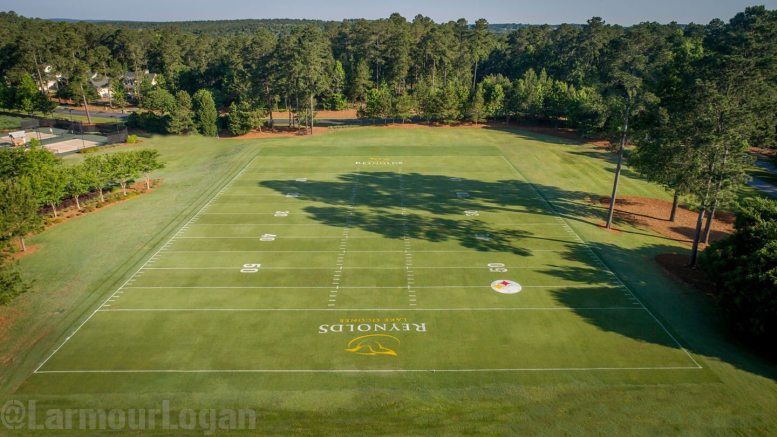 As it turns out, whether or not Pittsburgh Steelers quarterback Ben Roethlisberger takes his teammates out for a trip is very much like a tree falling in the woods. If nobody is around to witness it, people are just going to assume that it doesn’t happen.

Even though it has been a yearly tradition only recently interrupted by typical family life—i.e. having screaming babies to take care of—many have taken Roethlisberger’s most recent trip with teammates down to his Georgia residence to be something new, and a direct reaction to an offseason full of criticism about his leadership skills and his relationship with his teammates.

Because these trips have not been extensively documented in the past, since he doesn’t post videos of them and doesn’t really bring it up unless asked, we only really get to know about them if it’s written up in an article or teammates themselves post videos, the latter of which is becoming more prominent.

One facet of the trips that doesn’t really get talked about much is the fact that it’s not all just rest and relaxation. They do on-field work as well. And they even have had a field made down there courtesy of the local golf club to which Roethlisberger is a member that has been dubbed ‘Heinz Field South’.

The quarterback himself retweeted some photos and videos of the 60-yard practice field down south and praised the men who take care of it for them. “All the guys loved and appreciated the way you turned that field into “Heinz Field South”!”, he said in a Tweet. “So amazing. We loved being able to get good work in. Thank you both for the hard work that you put into it!”.

All the guys loved and appreciated the way you turned that field into “Heinz Field South”! So amazing. We loved being able to get good work in. Thank you both for the hard work that you put into it! — Ben.

You can check out more from Logan Larmour’s Twitter account, including a nice overhead view of the entire field, which even features the team’s logo…the it seems to be missing the blue diamond. Perhaps they didn’t have blue paint handy.

He also posted a photo of a signed pair of cleats that Roethlisberger gave him. As a bonus perk, he had the opportunity to watch some of their work on the field, and shared some videos of the players running routes and catching footballs.

So blessed/honored to have some of the best athletes in the world, practice on a track myself & @Justinrmiller12 helped create! It was fun turning our recreation field into what members now call “Heinz Field – South” Thanks @_BigBen7 for trusting us to get the job done! #Steelers pic.twitter.com/y4iBqUlwm9

From those that he tagged, we know that pretty much all of the skill position players who have been with the team, plus free agent Donte Moncrief, were there. Eli Rogers, Vance McDonald, Trey Griffey, and Tevin Jones were among those whom I believe it wasn’t clear previously were in attendance.