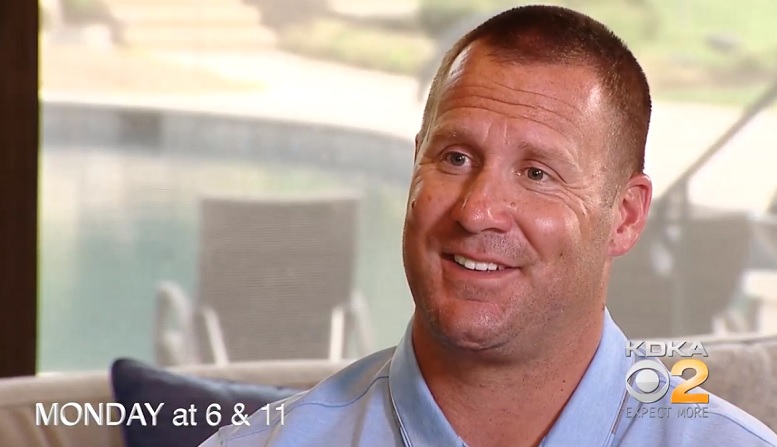 Pittsburgh Steelers quarterback Ben Roethlisberger was interviewed at his home on Sunday by Bob Pompeani of KDKA-TV and that long-awaited question and answer session will air later Monday evening. Ahead of that, however, a few teaser clips have now been shown on KDKA and one of those features Roethlisberger talking some about what all transpired between former wide receiver Antonio Brown and himself late last season that resulted in the two falling out of favor with each other.

“I took some heat and deservedly so for some of the comments on that [radio] show and especially towards him [Brown],” Roethlisberger told Pompeani. “I genuinely feel bad about that and I’m sorry. Did I go too far after that Denver game? Probably.”

In case you’ve already forgotten, during his weekly radio show last season, Roethlisberger criticized the route that Brown had run late in the Steelers road loss to the Denver Broncos on the play that ultimately resulted in a game-losing interception.

“He did undercut AB. Who knows what would have happened,” Roethlisberger said about that route following the team’s loss to the Broncos. “That’s where I talked to AB, like ‘AB, you have to come flat. You can’t drift in the end zone because those undercuts can happen.’”

Brown initially didn’t seem too irritated by his quarterback’s criticism, however.

“I’ve got big shoulders. I can take it,” Brown said not long after Roethlisberger made his comments. “Constructive criticism is only for you to get better. It’s not personal.”

Brown, however, would later say long after the 2018 season was over with that he didn’t take too kindly to Roethlisberger calling him out like he did after the loss to the Broncos.

“The dude called me out. We lose a game, he’s like, ‘damn, AB shoulda ran a better route’”, Brown said during his appearance on HBO’s ‘The Shop,’ referring to that Broncos game.

When Brown was immediately asked during that same appearance why he thinks Roethlisberger would call him out like he did during his radio show, he echoed the comments that he had previously made on Twitter about the Steelers quarterback.

During his recent interview with Pompeani, Roethlisberger insinuate that while he did try to apologize to Brown for the criticism during his radio show, it was seemingly too late too late to reverse the damage that had been down to the relationship between the two players.

“That’s the thing about media and social media, as soon as you say ‘Sorry’ it only goes so far,” Roethlisberger told Pompeani. “You can’t take it back and I wish I could because if that’s what ruined our friendship and relationship, I’m truly, genuinely sorry about that.”

By the early sound of things, Roethlisberger took the high road quite a bit during his interview with Pompeani. However, it is worth noting that these quotes come from one little exchange between the quarterback and veteran television sports reporter so we’ll have to wait until later tonight to see the full context of the interview.

UPDATE: And here is a recent tweet from Brown that one can only assume is directed at Roethlisberger”