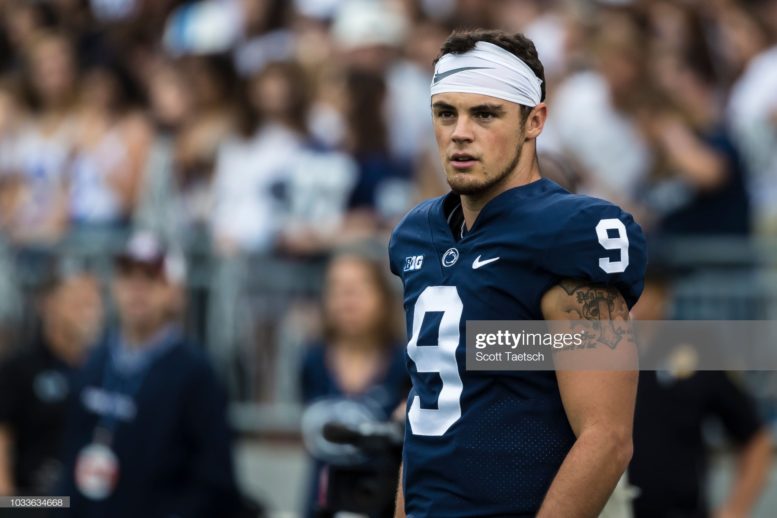 Last year, the Baltimore Ravens drafted a quarterback in the first round who would absolutely refuse to work out at any other position, and the team was on-board full-on with the idea of him being a quarterback—even though Lamar Jackson set a quarterback record for rushing attempts last season with just seven starts.

This year, Baltimore drafted yet another quarterback, but this time they have visions of him playing all over the field. With sixth-round Penn State product Trace McSorley, the coaching staff is not restricting its imagination.

After all, they’re not looking for a starter because they already have one, which was in contrast to their intentions in bringing Jackson in. So if they can find more things for McSorley to do, the more useful he will be. Especially if Robert Griffin III will be Jackson’s primary backup this year.

And I’m not just talking about him running routes or anything like that. Ravens General Manager Eric DeCosta said that he could also participate on special teams. And on defense.

“I think he’s a football player and everything that entails. His skill set is varied and multiple”, he told Mike Florio. “He’s fast, he’s strong, he’s tough, he’s a playmaker, he’s a football player”. He brought up Taysom Hill of the New Orleans Saints, saying, “we’ve seen other teams find ways to play with players like this and they can help you win football games. He fits our defense, he fits our offense, he fits special teams”.

As is often the case for players, McSorley was also against the idea of working out at other positions, believing himself to be a quarterback. Tim Tebow was the most famous player to refuse to work out at another position, though if memory serves, later on when he was trying to stick with the New England Patriots he tried his hand at tight end.

Now that he is on the Ravens’ roster, however, he seems more amenable to participating in the team’s experiments in moving him around if they can find a role for him. After all, if Jackons is going to really be their franchise quarterback, it’s not like McSorley is going to have an opportunity to start any time soon.

But they could potentially use both of them on the field at the same time. They even used Jackson with Joe Flacco last year, even though the latter wasn’t really happy about it.

McSorley would figure to be much more capable of actually doing things like running routes, though Flacco has actually caught a couple of passes in his day as well. Hell, maybe they throw Griffin out there at the same time as well. An all-quarterback offense.