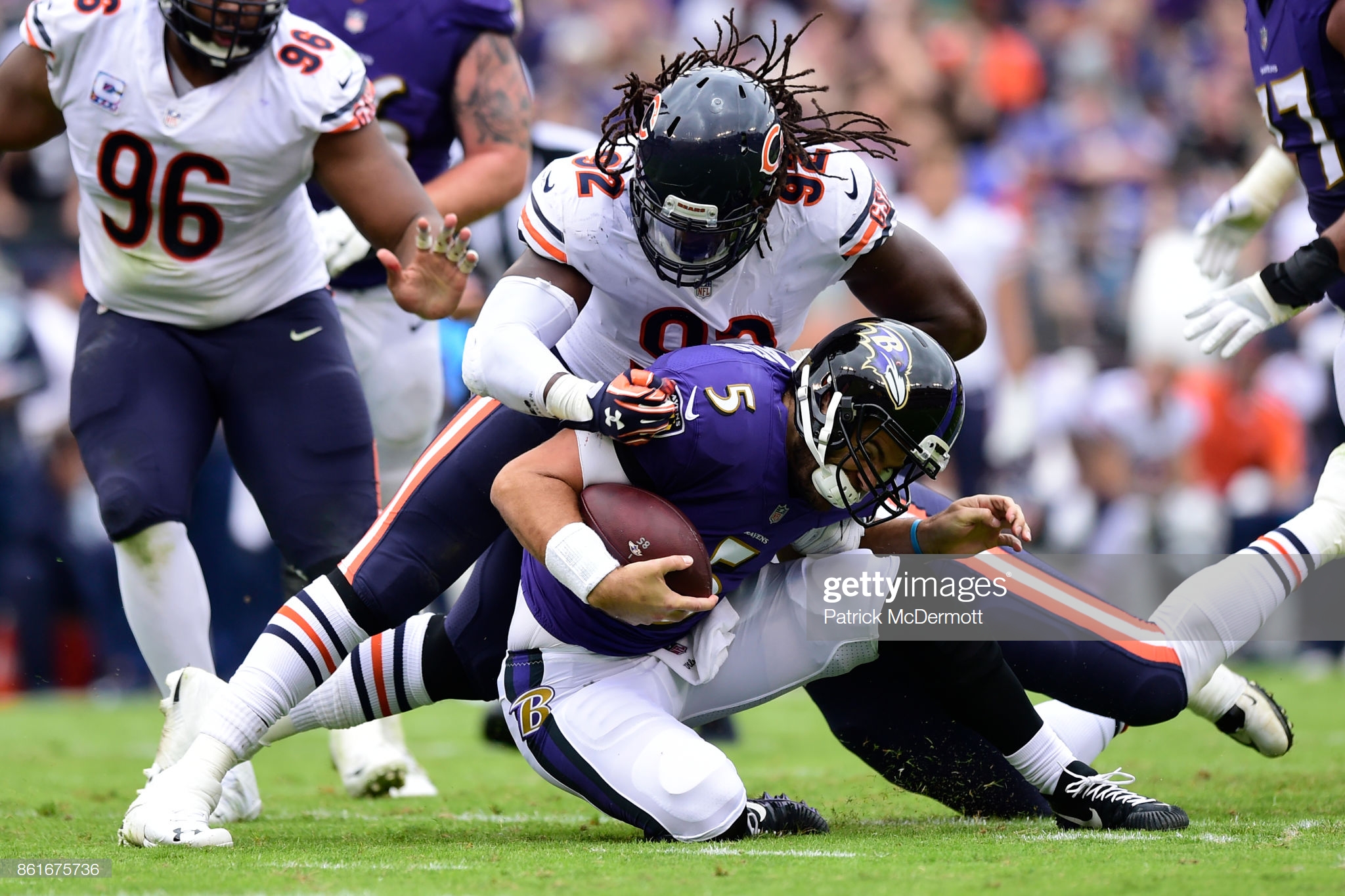 The Baltimore Ravens drafted outside linebacker Za’Darius Smith in the 2015 NFL Draft out of Kentucky the year that Pernell McPhee signed with the Chicago Bears in free agency. Now Smith has gone and joined the NFC North, signing with the Green Bay Packers, and the Ravens are bringing McPhee back after four years playing in the opposite conference.

Baltimore originally drafted McPhee in the fifth round in 2011. He was never a full-time starter—only started games officially in his second season—and didn’t even necessarily have one concrete position, but he was used situationally and produced as a pass rusher on relatively limited reps.

That was enough to get him a high-value contract on a slim market after producing a career-high seven and a half sacks in 2014, which remains the most he has ever recorded. He totaled 14 sacks in his three seasons with the Bears, and played only sparingly in Washington in 2018, recording no sacks and eight tackles.

Now 30, he is being brought back to address the lack of quality depth the Ravens suddenly find themselves facing at edge rusher with not just Smith but also long-time Raven Terrell Suggs leaving in free agency. Matthew Judon is a solid starter, but third-year Tim Williams and Tyus Bowser have yet to step up. They also drafted Jaylon Ferguson this year in the third round.

Even though the Ravens front office has reportedly not confirmed the signing as of yet, the team’s own website is covering it, so I’m guessing it’s safe to talk about.

McPhee signed a five-year, $40 million contract with the Bears, but only saw three years from it. Injuries caused him to miss 12 games over those three years. He has not played a full 16-game season since he was with the Ravens, as a matter of fact.

I don’t think he would be brought back to play a role to be relied upon, however, but rather just to add to the mix. Presumably, there will be a competition between Williams, Bowser, and perhaps Ferguson as well as to who will be the primary edge defender across from Judon, and the rest of them will supplement behind them.

McPhee, however, can play in a variety of places, even functioning frequently as an inside rusher on passing downs, so they could deploy three outside linebackers on the field at the same time for blitzing purposes.

The Ravens defense did record a decent 43 sacks in 2018, but Smith and Suggs accounted for 15 and a half of those sacks. Williams and Bowser had two and a half between them, while Judon had seven. He has 19 sacks in his three-year career, making 20 starts in 46 games.