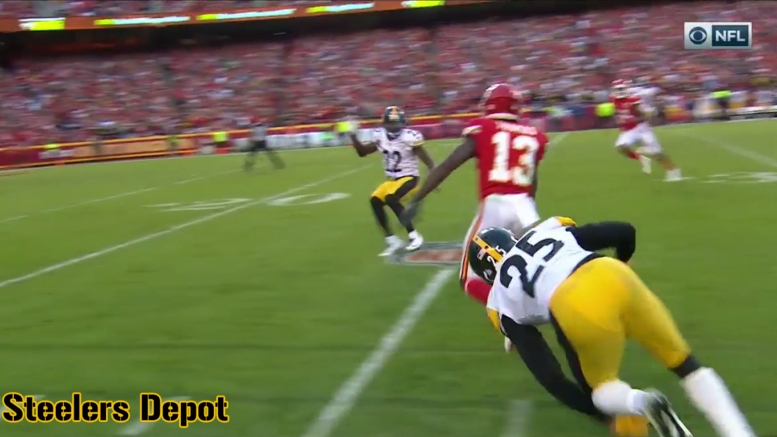 The Pittsburgh Steelers have not been overly pleased with their 2016 first-round draft pick, cornerback Artie Burns. As it turns out, that hasn’t been an unpopular view among teams, as not far from half of all players selected in the first round that year failed to have their fifth-year options picked up, or have in fact already been released.

17 of the 31 players drafted that year (that was the year that the New England Patriots were stripped of a first-round pick) had their fifth-year option picked up, while 14 had their options declined. Two players—wide receiver Corey Coleman of the Cleveland Browns and quarterback Paxton Lynch of the Denver Broncos—had previously already been released.

For comparison, the 2014 and 2015 first-round classes saw a wider majority of players have their options picked up. In both cases, only 12 of the first-rounders did not have their options picked up, while 20 did. Coincidentally, though, 2013 was also a more disappointing year, and is the only other time, for Jarvis Jones, that the Steelers elected not to pick up the option.

The highest player chosen who did not have his fifth-year option picked up was the Tennessee Titans’ offensive tackle, Jack Conklin, who was a full-time starter in his first two seasons but has not been healthy lately since tearing his ACL at the end of the 2017 season. He missed the first three games of 2018 while recovering and then the final four with another knee injury, ultimately being placed on injured reserve.

The New York Giants’ Eli Apple, whom they traded to the New Orleans Saints during the 2018 season, was the only other top-10 pick to not have his option picked up, though that should not be a surprised given his career trajectory. And top-15 picks have higher price tags on the option than the rest of the round.

It shouldn’t be a surprise that there’s a drop-off toward the end of the round, with the final four picks and six of the last seven either having their options declined or having already been released. Eight of the final 10 players in all will now be entering a contract season, barring an extension being reached.