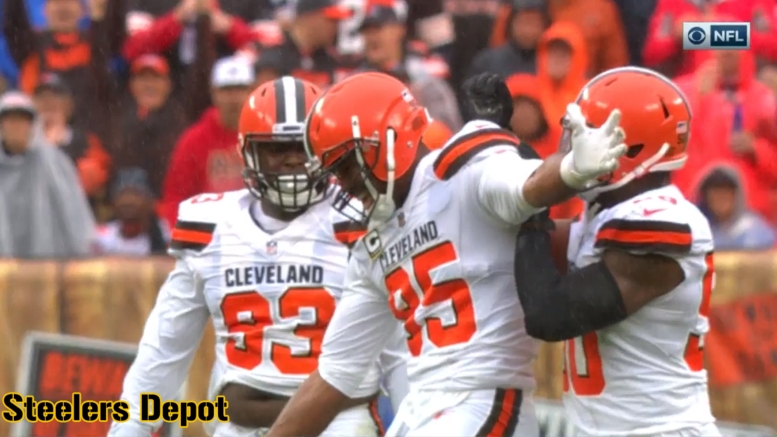 The Cleveland Browns are an organization that in recent history has carried a lot of baggage, the irony being that a lot of that baggage is their tendency to try to get rid of said baggage. At the moment, they are being regarded as a bright, up-and-coming team who won seven and a half more games than they did the previous season—which was zero.

Defensive coordinator Gregg Williams presided over five of those wins during a 5-3 second half of the season, the first time they’ve posted a plus margin for a half of a season since Brian Hoyer was at quarterback several years ago, and they still managed a losing season then as well.

When it came time to take stock of who would lead the team into the future, however, it wasn’t the defensive coordinator-turned-interim head coach. It was the running backs coach-turned-offensive coordinator, Freddie Kitchens, who was given the job. And Williams wasn’t even retained as defensive coordinator at that point either, in spite of his expressing an openness to that.

Why did they make that change? I do think it’s apparent that he did some things the Browns would prefer to move away from. And that includes his coaching of their star defensive player, 2017 first-overall edge rusher Myles Garrett.

Garrett recently told Bleacher Report as part of an interview in an extended feature on him that he was hoping this season, his third, he will “have more freedom to be the player I want to be”. He said that Williams wanted to restrict what he worked on as a player, telling him to focus on two specific pass-rushing moves rather than building a repertoire.

When your best player on your unit feels as though you are holding him back from being the best that he can be—and when he is a player who is very driven to absolutely be the best—that’s probably a bad sign, and frankly, it wouldn’t surprise me if this had something to do with why Williams is no longer in Cleveland.