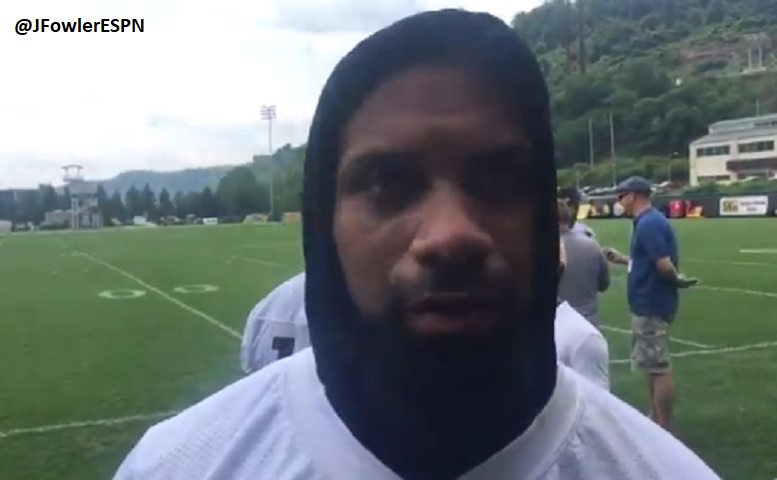 The Pittsburgh Steelers shipped wide receiver Antonio Brown off to the Oakland Raiders via a March trade and him being jettisoned now means the offense has to try to replace the 114 receptions for 1524 yards and 11 touchdowns he averaged over the course of the last six seasons. Of those 67 total receiving touchdowns that Brown registered the last 6 season, 33 of them came inside the red zone and only tight end Jimmy Graham had more during that span.

The Steelers signed veteran wide receiver Donte Moncrief during the early portion of free agency and after trading away Brown in hopes that he’ll help partially fill the void that was created this offseason at the wide receiver position. While Moncrief obviously shouldn’t be expected to catch 100 passes for 1,500 yards in 2019, he can perhaps catch 6 or more red zone touchdown passes from quarterback Ben Roethlisberger.

Moncrief, who has caught 13 red zone touchdown passes in his first five seasons in the NFL with the Indianapolis Colts and Jacksonville Jaguars, talked this week after an OTA practice about him potentially being able to use his size to his advantage inside the red zone now that he’s a member of the Steelers.

“It’s huge, especially in this offense being able to move around and play inside and outside and just using your size and your abilities , the 6-2 Moncrief said, according to a video posted by Jeremy Fowler of ESPN.com. “Just being able to stay in there and sty focused and find holes and being there for Ben, that’s going to be great.”

Moncrief has said several times so far this offseason that he’s using the team’s OTA practices to show Roethlisberger all that he can do from a route complexity standpoint in addition to gaining the quarterback’s trust along the way. He also clearly knows that he’ll be leaned on to help fill the big statistical shoes that Brown left behind.

“I always have a chip on my shoulder,” Moncrief said. “I know that this is a huge year for me, a new team and everybody’s looking for me to step up. So I’ve got to come out and be ready to be in the best shape and make plays for the team.”

On the surface, Brown’s 5 red zone touchdown receptions from last season don’t seem like they’ll be too hard to replace. Two of those touchdowns were wide receiver screens. We’ll have to see if Moncrief can indeed wind up being a great red zone target for Roethlisberger in 2019 and much more and if so, that will certainly help replace of the several impactful things that Brown did during his time in Pittsburgh.