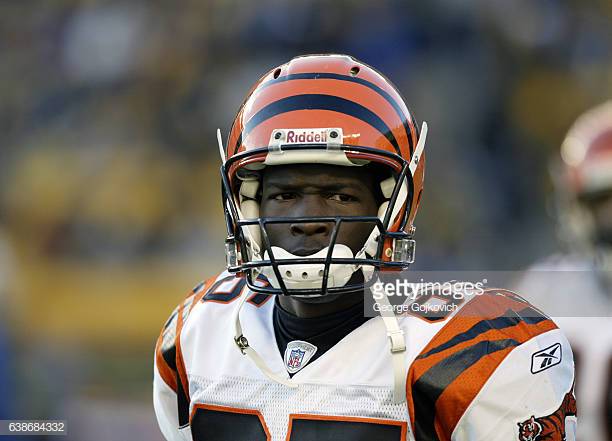 Chris Boswell and Matthew Wright will duke it out for Pittsburgh Steelers’ kicking duties. But Chad Johnson wanted to make it a three-man race.

Earlier Sunday, he tweeted out his encounter with GM Kevin Colbert. On the same flight, Johnson lobbied for a kicker spot but was spurned by Colbert.

Kevin Colbert is also on my flight, gonna ask for a picture & an opportunity at the kicking position, what’s the worse he can say❓

Had no luck lobbying for the Steelers kicking spot 😢

He did at least snap a photo of the two.

Pepe & Kevin Colbert (who also coached me in the senior bowl) pic.twitter.com/Xvwdg940YU

While Johnson was a headache to the Steelers as a receiver, he does have some kicking chops. He had a four day tryout with the MLS’ Kansas City team before signing a contract with Boca Raton FC this March.

OFFICIAL: Boca Raton FC has signed @ochocinco for the 2019 season!

In the NFL, he connected on an extra point in a preseason game against the New England Patriots back in 2009, too.

The Steelers are finding their way at kicker after Boswell’s miserable 2018 season before landing on IR late in the season. If Boswell doesn’t bounce back this summer, the team will be in a difficult spot. But it won’t be Johnson getting the nod, something I’m sure no Steelers’ fan will be upset about.