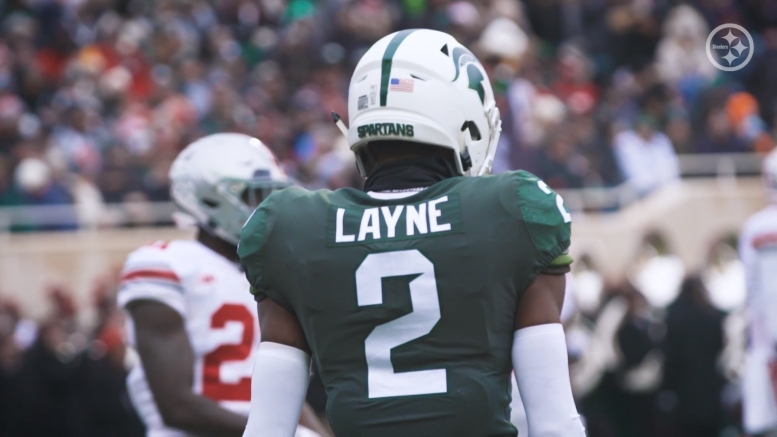 Rookie minicamp is set to kick off for the Pittsburgh Steelers, in which, among others, all of their recent draft picks will be participating in their first on-field action as a professional. Though it’s not exactly going to be rigorous on the physical front, largely instructional in nature, this is just the first steps in what they all hope will be a long journey.

Regardless of their draft status, all of them come in with some kind of chip or another on their shoulder. None of them have ever competed on the professional level before, so they all have something to prove, not just to their coaches and their teammates, but to themselves as well.

Take Justin Layne, the cornerback that the Steelers took in the third round of the 2019 NFL Draft. Though he thought he might have gone higher in the draft, he also knows that there is a lot left for him to do to complete his game as a professional. And he’s simply ready to get all of it started.

“I can’t wait to show the coaches what I can do, just compete and get better”, he told the team’s website about rookie minicamp finally kicking off. “It’s kind of crazy. It’s like the first day of high school or college. It’s that nervous feeling. I still think it hasn’t hit me yet. I think it will hit me tomorrow when we get on the field. It’s football. I am ready to get to work”.

Of course it may hit him tomorrow, but he won’t be hitting much of anything. We are far away from any football in pads, which will not come until training camp rolls around in the summer. And beyond that, Layne will only get the opportunity to compete against fellow rookies and first-year players, so he’s not exactly testing his mettle against the best of the best.

Rather than facing a JuJu Smith-Schuster, he will be squaring off a lot, most likely, with Diontae Johnson, who was the Steelers’ other third-round pick this year. Also going up against him will be 2018 practice squad players, Tevin Jones and Trey Griffey, along with the others they have signed to futures contracts and are in for tryouts.

Said Johnson, “It’s kind of surreal now that I am here”. On his approach over the next three days, he told the team’s website, “I am going to go out there and be myself, show the coaches what I can do. Once we are done with rookie minicamp I can get out there on the field with the veterans as well. That is what I am looking forward to”.

We see this same process play out every single year with the latest crop of rookies, but it’s a brand new experience for each and every one of them, the same old story unfolding anew season after season. It’s just the nature of the beast. There are no shortcuts. You simply have to live through it.