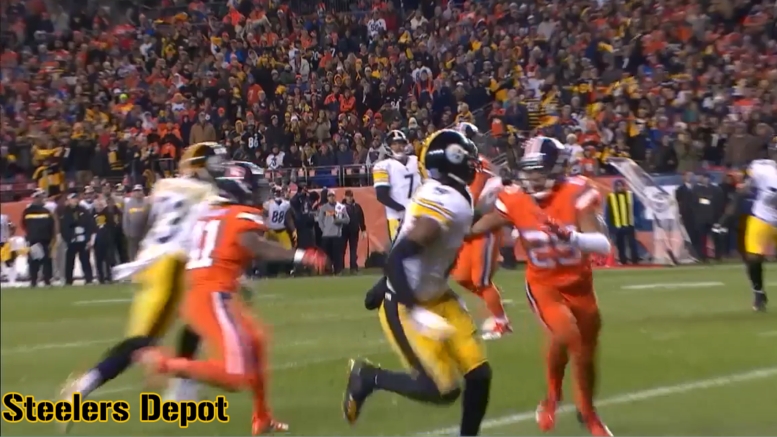 The Pittsburgh Steelers didn’t realize it at the time—the fans certainly didn’t realize it—but the 2017 NFL Draft class would quickly prove to be their best in years, yielding a trio of Pro Bowlers in the first three rounds by their second seasons.

One of them—first-round outside linebacker T.J. Watt—would become an instant starter. Third-round running back James Conner would not see a meaningful role until this past season. Second-round wide receiver JuJu Smith-Schuster fell somewhere in between, but they all met up at the same place at the end of last year: Orlando, for the Pro Bowl.

An argument could be made for any three of them as being the brightest star of the group on the field—Watt had 13 sacks and six forced fumbles; Conner had 13 touchdowns and about 1500 yards in 13 games; Smith-Schuster caught over 100 passes for over 1400 yards—but the one who has gotten the most attention is certainly the latter.

He was the only one of the trio who was named to the top 25 players under 25 list by Pro Football Focus earlier this offseason. Now, he finds himself alone on the NFL Network’s All-Under-25 team, put together by Marc Sessler.

“Pittsburgh sets the bar when it comes to finding and developing wideouts”, he wrote. “Some balked when 2009 third-rounder Mike Wallace was allowed to hit the market in 2012. The Steelers, though, knew what they had in Antonio Brown, despite the former sixth-round pick failing to reach 70 catches in any of his first three campaigns”.

“Smith-Schuster’s ceiling already feels inspired by Michelangelo; consider that he pulled down 111 balls for 1,426 yards last season with Brown still in the lineup”, Sessler went on. “Age aside, JuJu has already become one of the league’s anchoring stars. The question is whether Pittsburgh can flip the switch on second-year (and suddenly vastly important) wideout James Washington”.

Of course, how ‘vastly important’ Washington is also depends on what Donte Moncrief and Diontae Johnson do later this summer, as any one of them could potentially win the number two wide receiver role. Washington could even end up in the number four role behind Moncrief and Johnson. Or he could be a breakout star.

Kind of like JuJu. Smith-Schuster already set new NFL records as the youngest player to record 100 receptions, and 2000 yards, in a career. This season, he will not turn 23 until November.

Though Conner and Watt will both be under 25 this season, they were passed up in favor of Saquon Barkley and Alvin Kamara, and Joey Bosa and Myles Garrett, respectively. Each will be 25 for the start of the 2020 season.