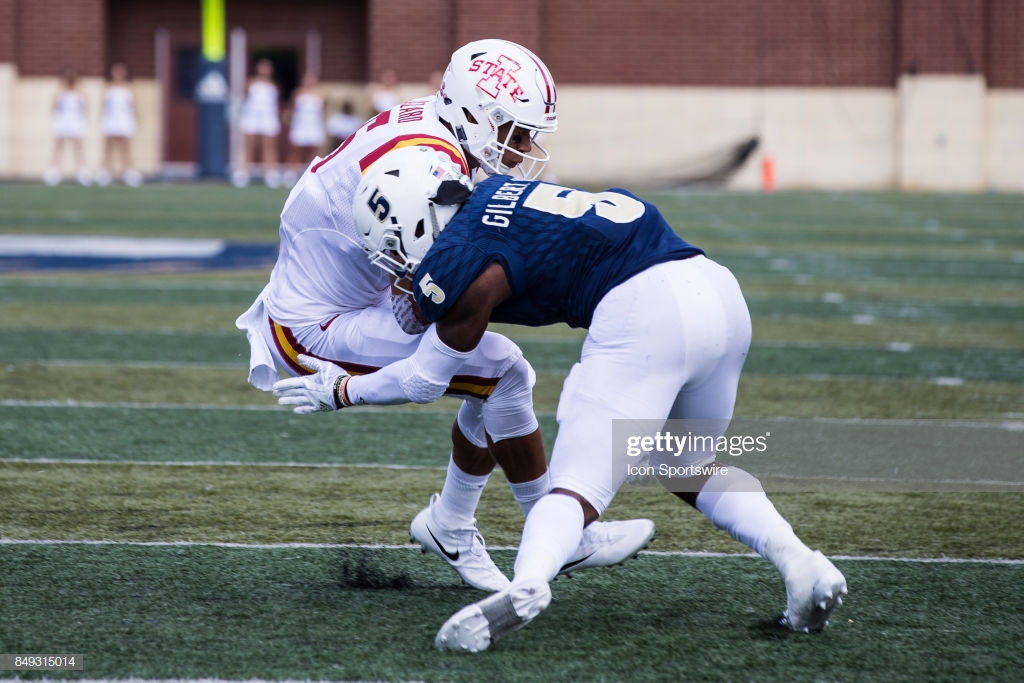 “If you like to run around and hit people, you know you’re good for us”, Pittsburgh Steelers inside linebackers coach Jerry Olsavsky said while addressing the media following the team’s selection of Akron linebacker Ulysees Gilbert III, who I’m pretty confident is going to be frequently referred to as Ulysses Grant.

Gilbert just so happens to like to run around and hit people, which is why the Steelers drafted him in the sixth round. What comes after that remains to be seen, but that’s a pretty good litmus test for getting your foot in the door from the linebacker position.

“He could really cover a lot of ground, sideline to sideline and he’ll hit you”, he said, which is something very similar to what he said about the other player the Steelers added to his room, first-round pick Devin Bush.

“He runs all the way through the sideline”, he said of the Michigan product. “He’s not sideline-to-sideline. He runs through people. He can really close when he’s going to make a tackle. That’s an added trait. It’s different than just speed. When you want to run through the guy, that’s really attractive”.

Now, Gilbert might not have the same play strength or quite the same speed as Bush, but he’s plenty fast (sub-4.5) and can pack a punch as well. But brute force is not his game. The Steelers value him for his range more than anything, I believe.

“We saw a lot of good things on film and he runs well, plays out of the box, which is where today’s game is going”, Olsavsky said of Gilbert. General Manager Kevin Colbert also noted that he’s a “fast, space player” and that “in today’s football, a lot of times that linebacker is removed from the formation. He plays over the slot”.

Gilbert intercepted three passes, returning one for a touchdown, while recording eight passes defensed during his four-year career at Akron. He also recovered three fumbles, scoring touchdowns on all three of them, for a total of four defensive touchdowns. Being at the right place at the right time is a very desirable quality, whether in coverage or otherwise.

He played a well-rounded game overall during his college career, getting his tackles but as well as his sacks (twice having four in a season) in addition to showing areas of strength in coverage, which is obviously where the Steelers’ evaluations for the inside linebacker position have been heading—and what they had in Ryan Shazier.

The team has done a lot this offseason to add athleticism and range to the inside linebacker position with the free agent addition of Mark Barron followed by the draft selections of Bush and Gilbert. The latter will obviously have the most difficult time seeing the field, but will contribute initially on special teams, should he make the roster, provided that he also gets the opportunity to dress.