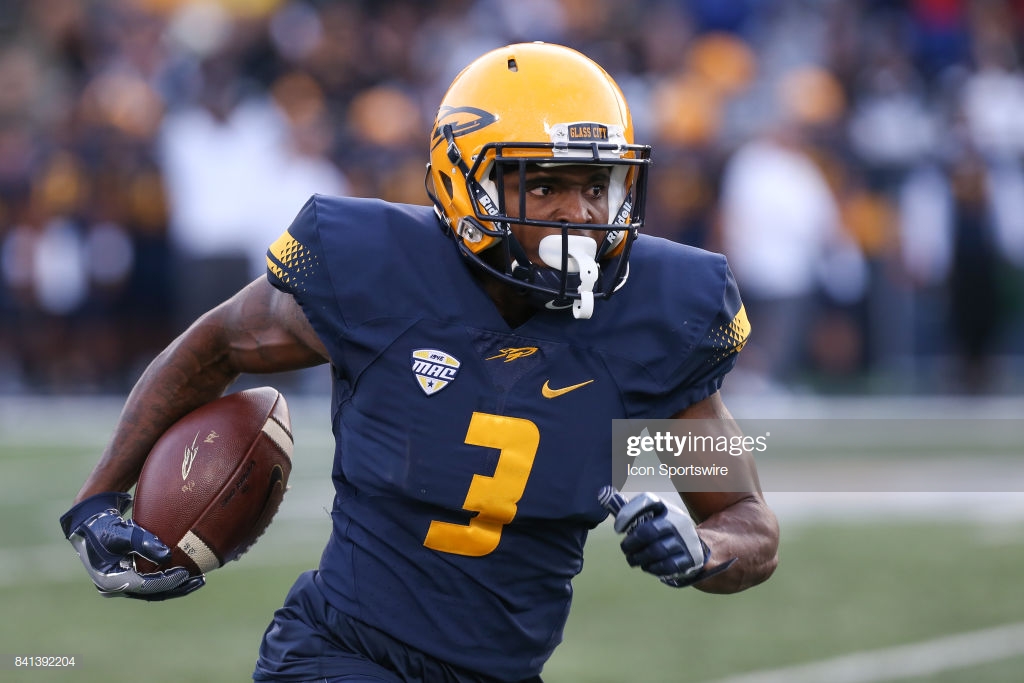 The story of Diontae Johnson and the Pittsburgh Steelers begins with a former Steelers’ receiver from Florida. The receiver dazzled on the field, making spectacular catches and dancing his way through defenses, it seemed like the receiver was destined to become a lifelong member of the Steelers. That was until off field issues forced a premature departure and the Steelers were forced to look for a replacement. The story that ended with Johnson being drafted by the Steelers begun nearly a decade ago as the Steelers waved goodbye to talented wide receiver Santonio Holmes.

Holmes, a former Super Bowl MVP saw his time in Pittsburgh come to end after some off-field trouble in March of 2010. The talented wide receiver was involved in an incident in an Orlando nightclub, which would lead to a four-game suspension. Shortly after the suspension was announced, the Steelers traded Holmes to the New York Jets for a fifth-round draft pick.

The Steelers decision to trade the former Super Bowl MVP would initiate a chain of events that spanned nearly a decade long and would lead the team to selecting Johnson in the 2019 NFL Draft. The fifth-round selection that the Jets had sent the team would end up being sent to the Arizona Cardinals for Bryant McFadden and a sixth-round draft pick. That sixth-round selection would be used on Central Michigan wide receiver Antonio Brown.

At the time, no one expected Brown to match Holmes’ talent on the football field and certainly no one expected Brown to exceed Holmes’ talent. That’s exactly what the Central Michigan receiver did though as he recorded 837 receptions for 11,207 receiving yards and 74 receiving touchdowns in Pittsburgh. When it comes to the Steelers’ franchise records, Brown is second all time in receptions, receiving yards and receiving touchdowns.

Like Holmes, Brown seemed to be on his way to becoming an immortalized figure in Pittsburgh sports history but just like his predecessor, off field issues did not have the same motive in mind. After nine long and great seasons in Pittsburgh, Brown seemed to be booking a one-way ticket out of the steel city following multiple twitter tirades and off field issues with management. Brown would prove the historians right as history did in fact repeat itself and the Steelers sent the talented wide receiver on his way, trading him to the Oakland Raiders for a third-round draft pick and a fifth-round pick.

That brings the Steelers to where they are today as Brown formed as the bridge connecting the nearly decade long connection between Holmes and Johnson. With the third-round draft pick the Steelers received from the Raiders, the team selected Johnson, a wide receiver from Toledo. The parallels between Brown and Johnson are easy to spot with their play on the field, both are smooth route runners with great quickness and elusiveness. The Toledo product will certainly have every opportunity to fill in the shoes of his predecessor like Brown did nearly nine years ago.

Now, the Steelers are hoping the Toledo product can continue the timeline of great receivers that began with Holmes over a decade ago.