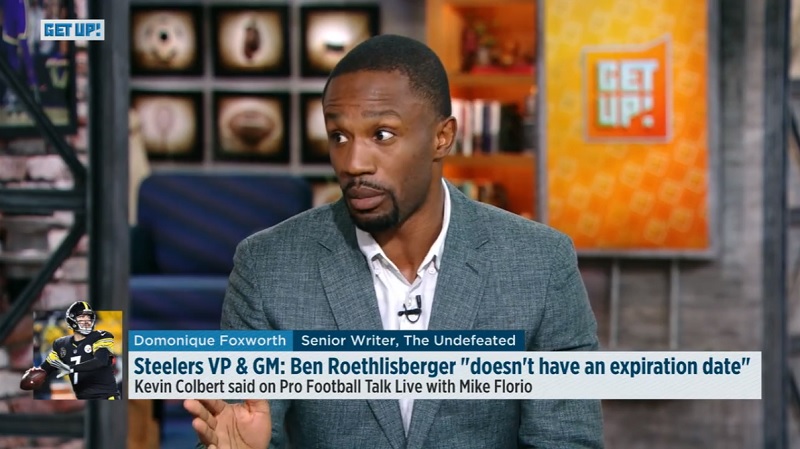 During his recent interview with Mike Florio on Pro Football Talk Live, Pittsburgh Steelers general manager Kevin Colbert was asked a seemingly innocent question about the organization recently getting quarterback Ben Roethlisberger signed to a two-year contract extension. In summation, Colbert was asked if the thinking was mutual that after three more years that Roethlisberger will retire and walk off into the sunset. Colbert answered that question as he should have.

“I know he doesn’t have an expiration date,” Colbert said. “We just felt that that was a foreseeable future that we were able to do and he was agreeable to. But I’m sure he doesn’t have an expiration date. I know that he’s still very competitive. He still wants to do this and a high level and he doesn’t need money, he doesn’t need Hall of Fame credentials, in my opinion. He’s already achieved both of those. What he wants is more Super Bowls and he wants to continue to try to win and we’re going to support that and that was a big part of why we were willing to do what we did. And now it’s our job to, again, help him help us try to get there.”

What Colbert obviously meant when he said that he knows that Roethlisberger doesn’t currently have an expiration date relates to the quarterback probably not yet saying that he’ll definitely be ready to retire after the contract he just signed, which runs through the 2021 season, expires. The two sides obviously didn’t want to commit to each other past three years and considering that Roethlisberger will be turning 40 just ahead of the 2022 new league year getting underway, the length of the extension agreed upon, along with Colbert’s recent comments, are more than understandable.

Understandable, however, to most everyone except for former NFL cornerback Domonique Foxworth, who is now an analysts on ESPN and a senior writer for ‘The Undefeated.’ On Friday during a segment on ‘Get Up!’, Foxworth went off on Colbert and the recent comments he made about Roethlisberger to Florio.

Wait, what? Once again, Colbert was referencing Roethlisberger as not having an expiration date as him maybe possibly wanting to continue to play after his current contract that he signed expires. Colbert simply didn’t want to put words in his quarterback’s mouth that he’ll be done with football after three more seasons. He also wanted to possibly leave the door open for Roethlisberger maybe continuing his career in Pittsburgh after his current contract expires.

As far as Foxworth saying that Colbert’s job is to anticipate some sort of Roethlisberger expiration date, as if the quarterback is a gallon of milk, I guess the former NFL cornerback hasn’t noticed that the Steelers drafted two young quarterbacks in 2017 and 2018 in Joshua Dobbs and Mason Rudolph. As you can probably see by now, and after you’ve gotten the full context of what both Colbert and Foxworth both recently said, the latter is the one that comes off as not being bright.

Somehow, Foxworth then decided it was worth moving forward from Colbert’s expiration comment and start attacking the Steelers general manager referring to all members of the team, except for Roethlisberger, as kids several weeks ago and then connecting those comments back to the recent expiration comment.

“And it just bothers me, again, we’re talking about this theme of GMs being more and more outspoken. Kevin Colbert is another one of these outspoken GMs because he was the same one who essentially called all of the Steelers children except for Ben Roethlisberger, who implicitly is their father,” Foxworth said. “Which is nonsense because it just feels like Kevin Colbert is like a a nerd who was really into this one jock and really wants to impress him.

“He’s just leading this cult of Ben Roethlisberger when it’s not as if Ben Roethlisberger has been good. Like, that expiration date might already be here. He’s already throwing bad passes and it seems like he’s in opposition to AB [Antonio Brown]. That’s what it feels like this is all about, that it feels like a binary, you have to choose AB, or you have to choose Ben. He’s all in on Ben, which is fine, but it doesn’t mean you have to be delusional and stupid.”

What? So, Colbert is leading a Roethlisberger cult like an impressed nerd following around a jock and looking to please him all because of what happened with former wide receiver Antonio Brown dating back to Week 17 of the 2018 regular season? I can’t be the only one who thinks that sounds so incredibly ludicrous, right?

Look, Roethlisberger will never be accused of being a saintly teammate and Colbert will never be accused of always choosing his words careful enough when conducting interviews. That said, Colbert’s comments to Florio about Roethlisberger not having any sort of expiration date were harmless and once again, him only inferring that the quarterback might not be ready to retire after playing the next three seasons.

Foxworth is obviously a smart guy to some degree as not only was he once elected president of the NFLPA during his football playing days, he’s since received an MBA from Harvard Business School. However, that nice resume aside, his comments made on Friday morning about Colbert has him as the one that looks to be delusional and stupid. Perhaps Foxworth should try listening to that full Colbert interview once again, assuming he listened to it already in lieu of just reading internet quotes.