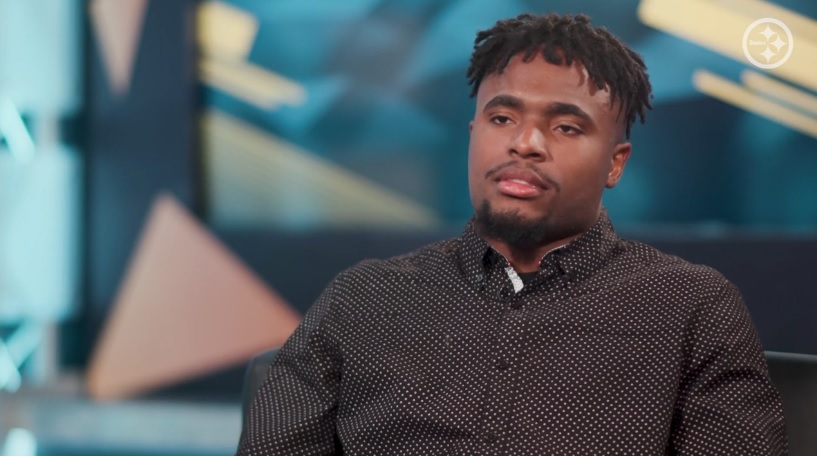 We talk plenty about the players the Pittsburgh Steelers drafted. The talent, the value, the impact they’ll have. We don’t often discuss the person selected, though our Daniel Valente did a terrific job breaking down that aspect of things throughout draft weekend.

Third round pick Diontae Johnson explained his story in detail during a recent interview with Steelers.com’s Missi Matthews. While most fans know him as one of the MAC’s biggest playmakers, he highlighted a much darker time early in his Toledo career.

“My sophomore year was my roughest point of my college career,” Johnson said. “I had to sit out that year, retake the SATs, and that’s when I had surgery on my foot as well. Couldn’t do nothing with the team. I was just lonely during that time. I just felt like I wasn’t apart of the team. There was times I wanted to go home and just give up.”

A two-star recruit out of high school, only two offers from FBS schools, Johnson was looking to build upon a promising true freshman season, nailing down the starting kick returner job while catching three touchdowns as a receiver. But as he noted, his 2016 season ended due to a foot injury and he had to battle for a role when he returned a year later. He credits teammates and coaches for keeping his spirits up.

“My coaches and teammates being there for me. They got me through everything. I matured through the whole process. The year when I came back I just felt different as a person.”

He came roaring back in 2017 with his best collegiate season. 74 receptions, 1278 yards, and 13 scores as the Rockets went 11-3, their most victories since 1995, and winning the conference title thanks to a 45-28 thumping of Akron. While his 2018 wasn’t quite as impressive, a QB change didn’t help matters, he was still one of the most dynamic players on his team and within the MAC.

Pittsburgh did their homework on Johnson. They sent WRs coach Darryl Drake to his Pro Day and then brought him in for a pre-draft visit before turning the card in at #66. To hear Johnson tell it, even he was a little surprised he went early in the third round, not expecting the phone to ring until later that day or early Saturday.

“I’m feeling so good, so excited. I didn’t think I would be drafted this early but everything was in God’s hands,” he told Toledo’s website last week. “I’m thrilled to be a Steeler, to be part of such a great organization.”

As the Steelers always say, they don’t care where guys come from. All that matters if that they’re here. Johnson has certainly overcome obstacles in his life but the fact he’s overcome them speaks to his character on and off the field, fitting the “hearts and smarts” mantra Kevin Colbert and company have drafted by for several years.