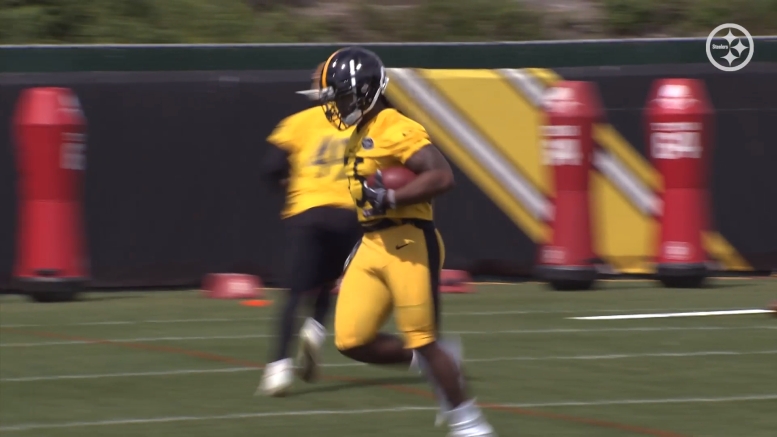 According to the reports of those in attendance at OTAs, Pittsburgh Steelers rookie first-round draft pick Devin Bush, the inside linebacker out of Michigan that the team traded up 10 spots for to draft 10th overall, spent a good portion of the first week of practices lining up with the first-team defense. He even took his turn calling the defense.

Starting and calling the defense is nothing new to him, of course. That’s the life he knew at Michigan under Jim Harbaugh. It’s almost certainly nothing but a matter of time before he continues that way of life with the Steelers under Mike Tomlin. The question is simply how much time it will take. It might be none at all.

Bush could start without the responsibility of being the one to wear the green dot, but it’s easy to get the sense that it’s something he wants to do, the way that Ryan Shazier also wanted to embrace that responsibility as soon as he was able to and the coaches would allow for it.

The same concepts go by different names from what he knew. That’s what he’s learning now. And it’s a task that he embraces. “As long as you put your head in the playbook a couple minutes a day, start memorizing stuff and come out here and rep it, you start getting better and better”, he told the team’s website.

He was already calling the defense during rookie minicamp, though of course somebody has to call the defense, and the reality is that the majority of those participating in a rookie minicamp are going to be people who have no NFL experience whatsoever, so it might as well be the high first-round pick doing it.

To immediately graduate to getting the opportunity to do some of the play-calling with the first-string defense weeks later with the start of OTAs, however, is not insignificant. And we know that he did this. Cameron Heyward even talked about the team joking about him needing to get more bass in his voice.

Bush’s study habits are something that was already documented during his college career, so I think it’s safe to say he’ll stand a fairly good chance of being up to speed with the playbook, and with the ability to communicate it from the sideline to the field, by the time the regular season begins. If not, the team has alternatives, but the role will be his sooner or later.