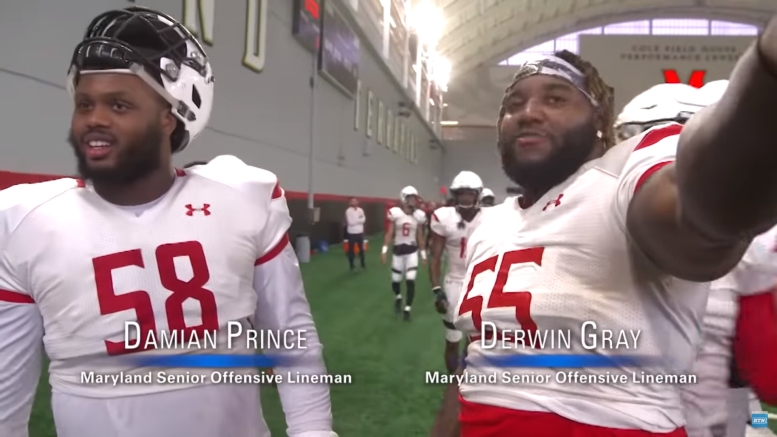 Derwin Gray decided to go back to his senior season in large part because he wanted to finish what he started with his football program. It’s likely that it helped him to get drafted, selected by the Pittsburgh Steelers in the seventh round of the 2019 NFL Draft, but it was more to it than that.

He was one of two leaders on that team, himself and their other offensive tackle, Damian Prince, both of them seniors, both of them following similar life paths before meeting up together in college. In spite of the fact that they lived near each other, they never knew the other existed prior to their experience on the football field, and they became fast friends.

Both of them are now in the Steelers’ rookie minicamp, though while Gray was a draft pick, Prince is only in on a tryout basis. Either way, it’s a cool gesture, and now he gets the opportunity to compete for a spot on the 90-man roster as well.

“Damian and Derwin are pillars to our program”, they were described in a feature piece about the two from October of last year on the Big Ten Network. “We are going to be successful with how they play, how they perform”.

As seniors and local area products, two guys who were through everything with the program, it’s no surprise that they became leaders of the team, the ones that others looked to. The fact that they came back for their final season was a big deal.

Added Gray, “We try to come in with the right mindset every day to get better, hold our head up high regardless of tough times or losing, whatever the case may be. Try to always show there are better days coming ahead”.

The Terrapins didn’t actually do much better, going 5-7 in 2018 after posting a 4-8 record the year before. They posted losing seasons all four years Gray and Prince were there, truth be told. But a team is more than just its record, and those two tackles represented that.

There’s a lot in the seven-minute video that goes into the mutual backgrounds of the two, where they came from, what their motivations are, that is worth watching.

“I chose to stay home in Maryland because I am a product of my environment at D.C.”, Gray said. “I want to show people that staying home, more than just impacting myself and getting a degree, it’s impacting the people back home”.

The two of them took a door of the neighborhood of their youth, pointing out the houses of relatives, sharing stories to give context to their background and what they’re playing for, which goes beyond football.

This is something I was planning on covering at some point, but with Prince now also in camp with the Steelers, I figured it was a good time to talk about their background together.