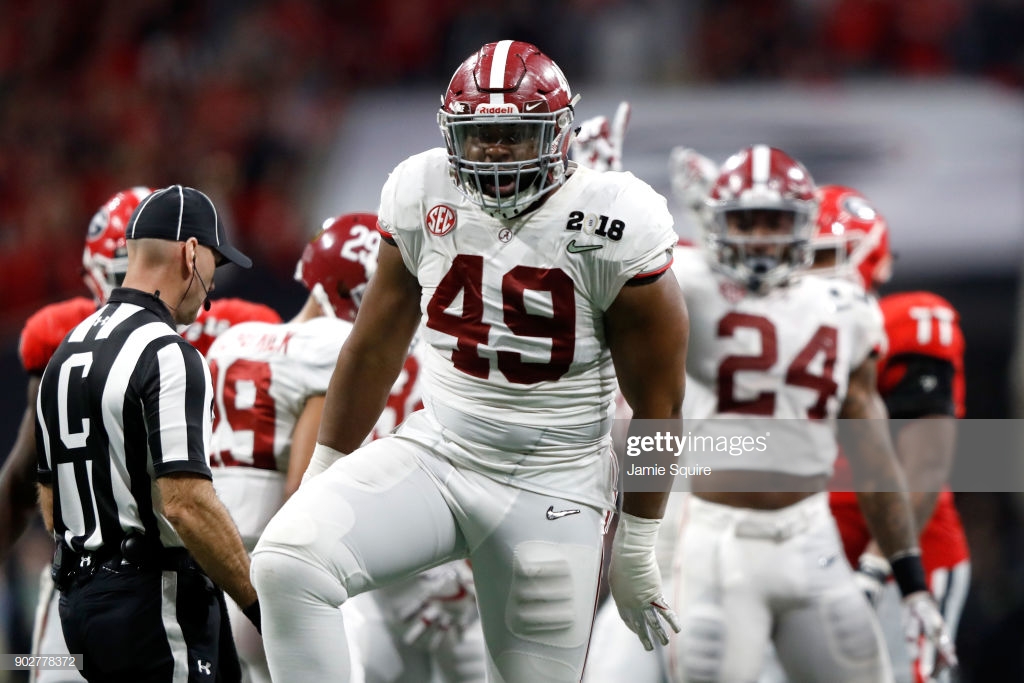 The Pittsburgh Steelers seemingly drafted themselves a very versatile defensive lineman in Isaiah Buggs out of Alabama last weekend even though he he doesn’t exit college with ideal measurements. A few days ago during an interview on SiriusXM NFL Radio, Steelers general manager Kevin Colbert was asked to talk a little more in-depth about Buggs and he obliged.

“We have some familiarity [with Buggs] because [defensive line coach] Karl Dunbar coached him as a junior [at Alabama],” Colbert said. “And you know, Buggs can play inside and outside, but he was called on because Alabama had a couple injuries on the defensive front in certain packages and he got to rush the passer more than they probably wanted him to and he did produce for them with the nine and a half sacks. So, that was impressive.”

Buggs probably would have been drafted a lot earlier than the sixth-round had he had more ideal measurements as he measured in at this year’s scouting combine at 6031, 306-pounds. Additionally, the fact that he only has 31 1/4-inch arms certainly didn’t help his draft-stock cause as far as the tape measure goes. Colbert talked about Buggs lack of length a few days ago during that same interview.

“You know, he’s not the ideal length for the end in our defense but he’s certainly strong enough to play inside and he’s athletic enough to play outside, witnessed by the nine and a half sacks,” Colbert said. “So, again, we have some familiarity because Coach Dunbar coached him as a junior and you know, we think he can definitely provide us good depth and push our guys.”

Last year, the Steelers drafted another defensive lineman out of Alabama that Karl Dunbar was familiar with in defensive tackle Joshua Frazier and unfortunately for him, he ultimately failed to not only make the team’s 53-man roster, but the practice squad as well. Buggs is obviously a lot more accomplished coming out of college than Frazier was and at worse, perhaps he can beat out Daniel McCullers to be the team’s 5th defensive lineman this year behind Cameron Heyward, Stephon Tuitt, Javon Hargrave Tyson Alualu.

Last season, the Steelers didn’t get much in the way of sacks out of their backup defensive linemen. In fact, McCullers was the only non-starter to register a sack in 2018 as both Alualu and L.T. Walton failed to. While Alualu and McCullers were both re-signed earlier in the offseason, Walton, a former sixth-round draft pick of the Steelers, wasn’t. Currently, it looks like Buggs can at least take over the spot on the 53-man roster Walton held the last several seasons.