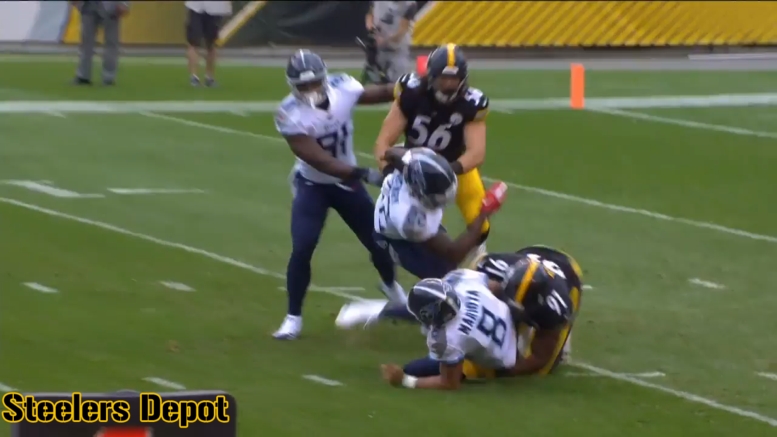 Topic Statement: Stephon Tuitt will lead the defensive line in sacks this season.

Explanation: For as long as Tuitt has been on the roster, we have often talked about him as much about what he could do with his abilities as what he has actually done with them up to this point. While he has certainly not been a disappointment, there is always the sense that he can be an even bigger piece of the puzzle, statistically or otherwise.

I’m not going to rest my entire case on the concept of somebody being ‘due’, but I do feel as though Tuitt is due for that true breakout season where everything finally goes his way, including on the health front, that allows him to put up the best season of his career.

Through his first five seasons, he has put up 178 tackles and 20 sacks, including five and a half last season, a sack short of his career-high set in 2015, his second season and first as a full-time starter. He has never both started and played a full season, however. He has missed at least two games every year since his second season due to injuries, and those injuries have lingered as well, affecting his performance, especially in 2017.

It’s true that he has the physical talent to lead the defensive line in sacks. But both Cameron Heyward and Javon Hargrave are pretty stiff competition in that department even if Tuitt is at the top of his game from the beginning of the season to the end. So with that respect I can’t buy this even granting him a fully healthy campaign.

One issue Tuitt has had throughout most of his career, albeit less so last season, which is encouraging, is finishing plays, whether that’s getting pressures instead of sacks or missing tackles instead of making them both Heyward and Hargrave are better finishers.

It has to be said, though, that if we get to have this conversation, then it’s a pretty damn good problem to have. All three of their defensive line starters recorded at least five and a half sacks last season. They can duplicate that feat again this year and nobody’s going to complain about who got what.