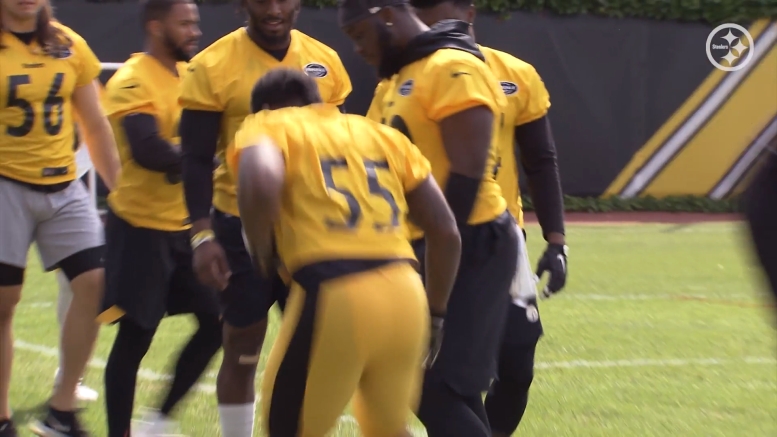 Explanation: Vince Williams is the only incumbent starter at inside linebacker on the Steelers’ roster, and he has been in that role for two seasons. With Jon Bostic gone, the Steelers stocked up with Mark Barron in free agency and Bush in the first round. All three have been rotating with the first-team defense as a starting pair has yet to be solidified.

Vince Williams, ideally, is not a three-down player. Devin Bush is. And based on recent history, he is going to start right way. Terrell Edmunds and T.J. Watt did each of the past two years. Ryan Shazier did as well. Jarvis Jones would have started the opener if he didn’t get injured (he started in Week Two).

And Bush is more polished, seasoned, and prepared for the NFL than any of them were when you factor everything in from his playing time to his background. A second-generation player who was the defensive signal-caller at Michigan, and a supreme athlete, it’s easy to predict that he is going to be hard to take off the field.

Williams, in contrast, was already being taken off the field in favor of L.J. Fort by the middle of last season in the dime defense. With Barron also in the mix, there’s a good chance there will be times that two inside linebackers will be on the field, and neither of them will be Williams.

It’s certainly plausible, but it’s equally likely that it simply doesn’t develop that way. While the Steelers sold out to get Bush, they also talked about not wanting to rush their rookies the way that they have had to in recent seasons.

The signing of Barron in free agency was a part of that. with Williams and Barron, two veterans with a lot of playing experience, they don’t need to put everything on Bush’s shoulders. They can give him selective playing time to acclimate him slowly to the NFL.

Bush and Barron could rotate at the Mack spot, perhaps even situationally, while Williams is consistent at the Buck. He could even come off the field and still log more time than Bush if he is rotated or used selectively.