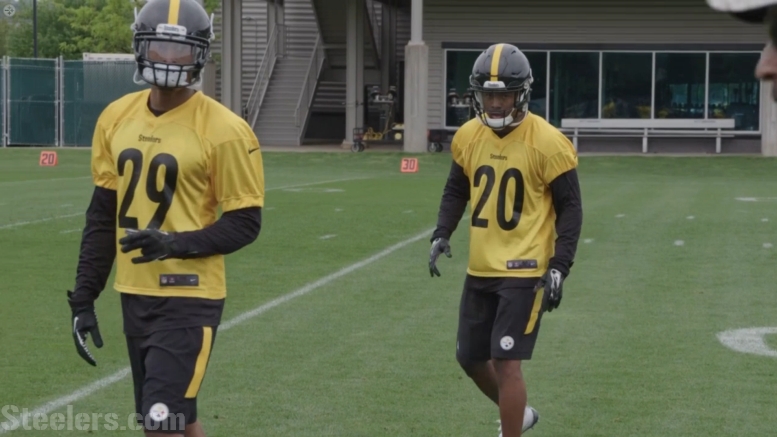 Topic Statement: A cornerback will convert to safety this season, or at least get a lot of practice reps there.

Explanation: While Mike Tomlin talked up the ability of some of the team’s cornebacks on the roster to have the versatility to play safety, they have never gotten more than a handful or two of reps actually playing safety before. With a thin safety group after the top four, there could be more opportunities.

Too many cornerbacks without clearly established roles, not enough safeties as a whole. Sure, this theory makes plenty of sense. There are at least three cornerbacks who should be eligible to take reps at safety this summer, those being Mike Hilton, Cameron Sutton, and Brian Allen.

Of the former two, one should open the season as the nickel defender, but the other one won’t really have a clear role outside of top reserve. As for Allen, converting to safety might actually be his best shot of sticking with the team.

And in contrast to prior cases in earlier years, all three of these players are ones about whom the coaching staff has spoken regarding the potential for them to work at safety, so it’s certainly far from a realistic suggestion. Hilton even said last season that he would probably be next in line at free safety if Sean Davis were injured.

There are a couple of reasons that this won’t happen, the most important of which is the fact that, despite the relatively small numbers, the Steelers are legitimately content with their top four safeties, and they believe Marcus Allen can take on a bigger role this year. Having four safeties on the roster is pretty common. They also have a history of making a trade if they feel thin at a position.

The other major reason is because for players on the fringe, their best chance without making a complete conversion is to excel on special teams and show incremental growth at their traditional position. A player like Allen hasn’t even mastered cornerback yet, where they value his size relative to the rest of the group.