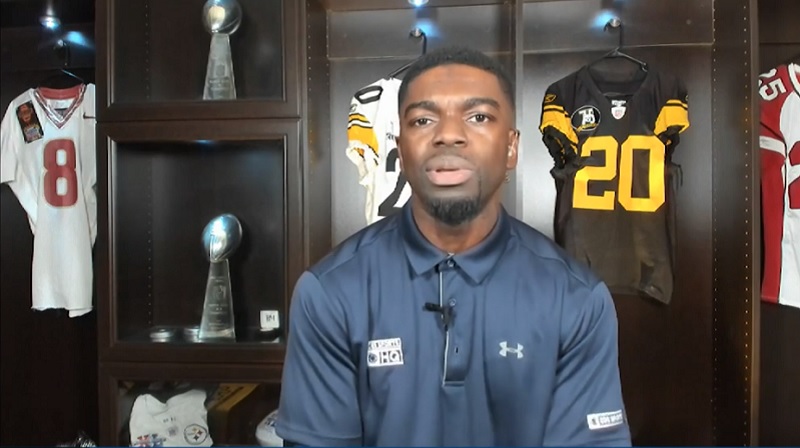 The Pittsburgh Steelers certainly seem to be considered huge underdogs in 2019 and that even comes to them potentially winning their own AFC North division. While most all the talk this past offseason seems to have been about the Cleveland Browns and how they, not the Steelers or the Baltimore Ravens, are most likely to win the AFC North in 2019, former Pittsburgh cornerback Bryant McFadden isn’t buying all of that.

During a recent interview on CBS Sports HQ, McFadden, a former second-round draft pick of the Steelers in 2005, who went on to play seven of his eight NFL seasons in Pittsburgh, gave his 2019 outlook for his former team and it was a very positive one.

No more drama for the #Steelers, so I've got high hopes for Big Ben this season@CBSSportsHQ @CBSSports pic.twitter.com/pKd9hZB63p

“I’m excited for the Pittsburgh Steelers,” McFadden said. “Now, I might be a bit biased, but who cares, right? I think this team is set up to do great things because no one is really talking about this team. Everybody is talking about who? The team we just talked about, the Cleveland Browns. They have been the most talked about team, not just in the AFC North, but the entire NFL for the most part of the offseason based on their move.

Those distractions that McFadden referenced were obviously former wide receiver Antonio Brown and running back Le’Veon Bell. Sure, the start of the Steelers 2019 hasn’t been without some minor drama thanks to a few unfortunate Twitter faux pas, but one would think from now through the rest of the offseason that there won’t be much for us to talk or write about when it comes to team-inflicted issues. At least that’s what we hope.

McFadden pointing to the Steelers having the best quarterback in the AFC North in Ben Roethlisberger is also nicely done on his part and an aspect that’s being overlooked now by many. Franchise quarterbacks can be the difference in close games and as long as Roethlisberger remains healthy and lowers his interception totals from last season, the Steelers still stand to win their fair share of contests in 2019. Obviously, if the Steelers can just manage to somehow win the AFC North in 2019, they’ll have as a good of chance as any team in the AFC when it comes to potentially winning the Super Bowl.

So, is McFadden on the money here with his outlook for the 2019 Steelers, or is he letting too much bias play a part in his thoughts?