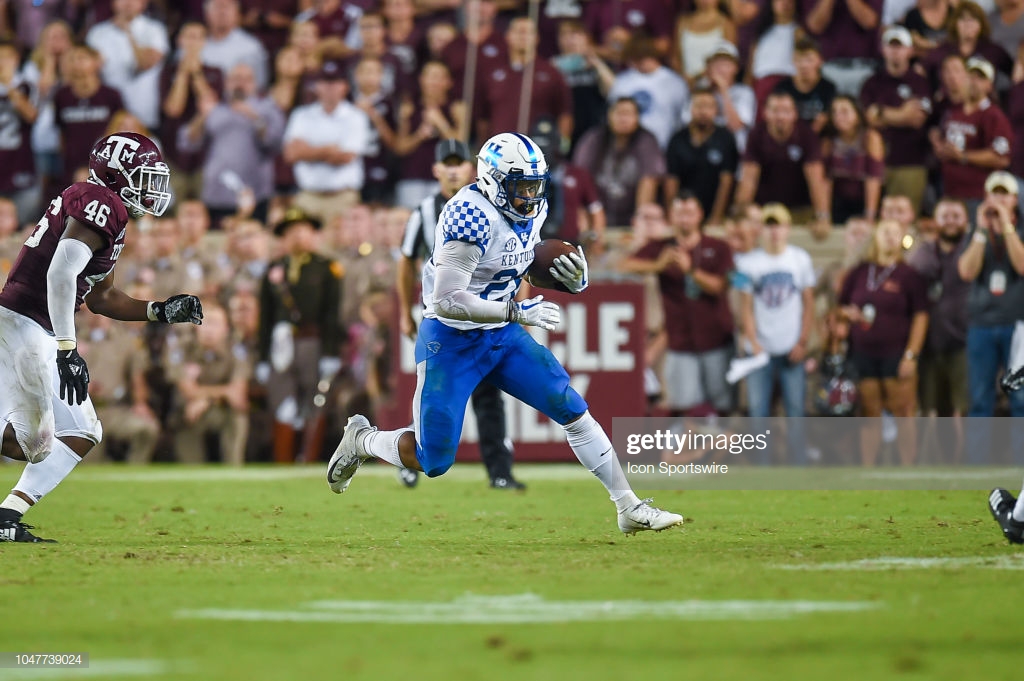 New Pittsburgh Steelers running back Benny Snell caught nearly 10 times fewer passes at the college level than did Jaylen Samuels, the team’s running back selection from the previous draft. His three seasons produced fewer receptions than most NFL running backs have in one—or even a quarter of a season for some.

Despite that, the Steelers have expressed confidence in their belief of Snell’s ability to contribute in the passing game, perhaps relying upon comparisons to their other running back, James Conner, who had marginal contributions in the passing game at the college level but did it with success in 2018.

Running backs coach Eddie Faulkner, new to the job and Samuels’ position coach in college, admitted that he “had those same question marks” about Snell but noted that his natural hands were on display during drills at his Pro Day, which wasn’t dissimilar to how Conner was coming out two years ago.

Snell is aware of the circumstances too—you can’t not be when you don’t even average 10 catches per season—but he had an answer for it when he appeared recently on The Fan.

“With me being the size I am, I feel like I’m pretty stout as a pass-blocker”, he started in discussing his contributions to the passing game. “Things are pretty different in the NFL, so I’m gonna have to adjust to that”, he conceded.

“When being assessed by my coaches, I think that they see that Kentucky had so much success running the ball that I didn’t catch the ball that much, I didn’t really get [an] opportunity” to contribute much as a receiver, he said. “So I’m gonna try to show that as much as I can at camp and while I’m at practice, so that’s what I’ve been working on in the offseason. I’ve been working on my open-field speed a little bit more”.

His speed of course is another thing that he was knocked for. He will never be a burner, but it’s not inconceivable that he could pick up some quickness by shedding some weight, as many larger NFL running backs do when they make the transition from college to the pros. Conner did it, and Samuels is doing it right now.

At this stage of the NFL game, making such transitions is virtually a prerequisite for running backs who want to be anymore more than one-dimensional. Even a successful player like Jordan Howard found himself traded a short way into his career. He has averaged just one and a half receptions per game.

While Snell will be working to add it to his repertoire, it’s not likely to be a key part of his role in Pittsburgh, with Conner already displaying three-down-back capabilities and Samuels already skilled in the receiving game.