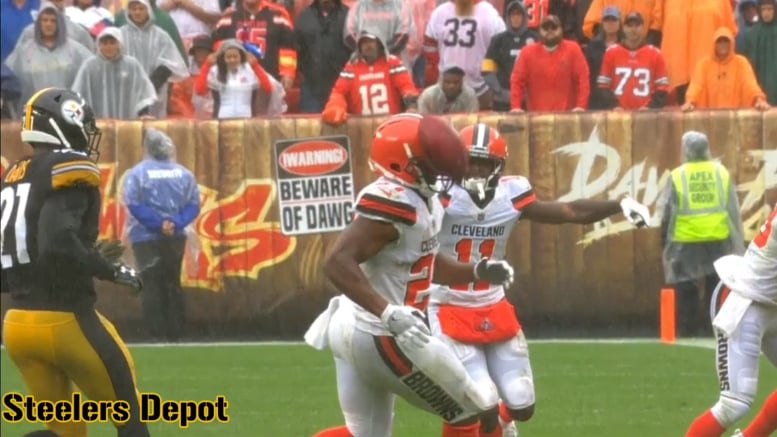 The Cleveland Browns and their fans are excited about their young new quarterback, Baker Mayfield, and they ought to be, of course. He had a good rookie season—setting a new rookie passing touchdown record—and the team also surrounded him with a pair of Pro Bowl receivers after they traded for Odell Beckham, Jr. to pair with Jarvis Landry.

But while Mayfield himself is surely excited about working with this group of wide receivers, there is another group that he wants to give some love to, and that is the guys who stand behind him: the running backs.

With Nick Chubb entering his second season joining Mayfield in having a strong finish to 2018, the Browns still retain veteran Duke Johnson, even though he has asked for his trade. They also brought in former Pro Bowler Kareem Hunt, though he has to serve a suspension first before he is able to take the field.

Mayfield recently called Chubb “phenomenally talented”, praising his dedication to hard work. “He cares about winning more than anything. He had 1,000 yards and lost it. He didn’t care about that. He cared about the fact that we lost the last game of the year”.

Chubb rushed for 996 yards during his rookie season, and his last carry was a five-yard loss on the Browns’ penultimate drive that brought Cleveland to within two points of the Ravens. It’s worth noting that Johnson got a carry after that for seven yards.

Those 996 yards were compiled on just 192 carries, averaging 5.2 yards per carry, with eight of them ending in touchdowns. He also caught 20 passes for 149 yards and another two touchdowns.

It was only after Week Six, however, that he started getting a decent workload. He had just 16 rushing attempts over the course of the first six games with no receptions on just one target in the passing game. That was in spite of a 105-yard, two-touchdown game on just three carries in Week Four.

Chubb, however, is the only running back without some controversy. Johnson is currently not with the team as he continues to seek a trade. Hunt is putting on his best face in public, speaking to high school kids about not repeating his mistakes and even getting baptized, but he will continue to be under fire.

At least until he scores a couple of touchdowns, because that tends to get most people to forget about any personal grudges they might have had with a player on their team.