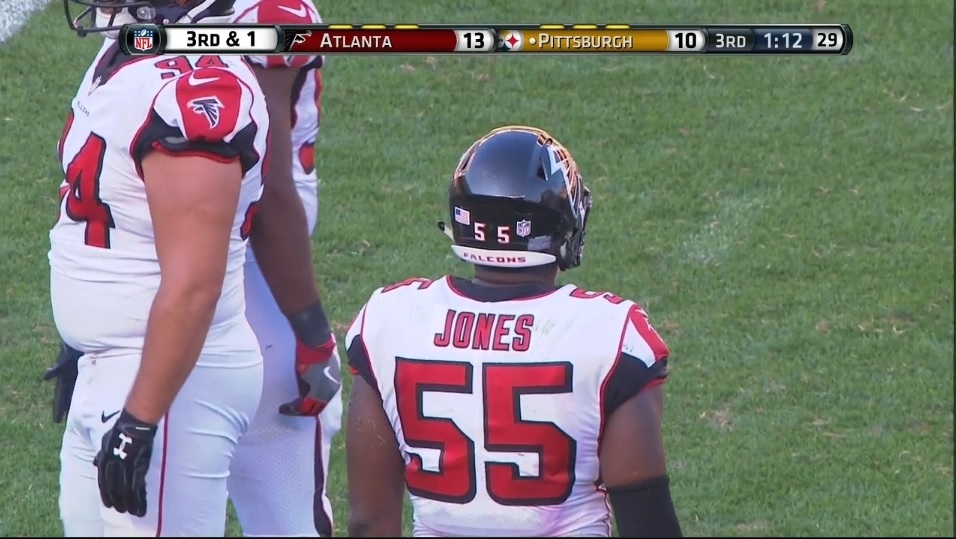 Jones is another of the players the Steelers went fishing for when the AAF folded eight weeks into its inaugural year. The benefit is a clearer evaluation of talent, more reps against in theory, better competition, with the confidence those guys were in “football” shape and not on their couch binging Game of Thrones.

He enjoyed consistent, though unspectacular, success while playing in the MAC. After redshirting his freshman year, he made an immediate impact in 2013, registering 6 TFL and 3 sacks despite notching just one start. He moved into the lineup by his sophomore season, ending it with 8 TFL and 5 sacks while posting career highs as a junior, touching double-digit sacks (10) for the first and only time.

That production created more attention from offensive coaches and his senior year stats dipped to 12.5 TFL and 6.5 sacks.

Here’s how Draft Analyst described Jones’ positive traits prior to the 2017 draft.

“Quick off the snap and keeps his feet and hands active, giving effort through the whistle. Plays with lean and leverage and makes great use of his hands to protect himself. Displays outstanding quickness in his game, effectively rushes the passer standing over tackle and bends off the edge.”

While it doesn’t appear he ran the 40 at his Pro Day, his other testing was excellent. 39.5 inch vertical, 10 1/2 broad, numbers that suggest serious explosiveness, and a solid 7.1 three cone. Even his 16 reps on the bench were decent given his long, 33 1/2 inch arms.

Still, he went undrafted and was signed by the Atlanta Falcons, alongside safety Marcelis Branch, who is now his Steelers’ teammate. Pittsburgh got a look at him that preseason when the two teams squared off in Week 2. Jones, then wearing #55, split a block to make this tackle on rookie James Conner late in the third quarter.

After the play, the Falcons’ broadcast team briefly touched on Jones’ performance.

“One guy that’s standing out…J’Terius Jones. Again, in there. He’s showing some good fight, good strength, getting off blocks. Wreaking havoc, getting into the backfield, getting upfield. Coaches really high on him. I asked [defensive coordinator] Marquez Manuel , of the underdogs on the team, are there any you’re rooting for? And J’Terius Jones was one of them. He said, that guy, you’re pulling for guys like that to show they can prove their worth.”

He would stick to the practice squad all of 2017 (this video begins with practice clips as a Falcon), receive a futures contract that winter, and go through camp again. But he wasn’t so lucky the second time around, released outright and out of football until signing with the Atlanta Legends. Pittsburgh announced his signing on April 8th.

Far as I can gather, he is a pass rusher first, second, and third. The reports out of Atlanta read similar to the ones in college. Solid but never great tape. He’ll have to take his game to the next level to stick but with Ola Adeniyi having an inside track to make the roster and Keion Adams already out of the way, there is a path to Jones to at least make the practice squad. Reps, however, could be a bit tough to come by in camp, potentially the 7th OLB behind T.J. Watt, Bud Dupree, Anthony Chickillo, Adeniyi, and 6th rounder Sutton Smith. He’ll need to make the most of his chances.