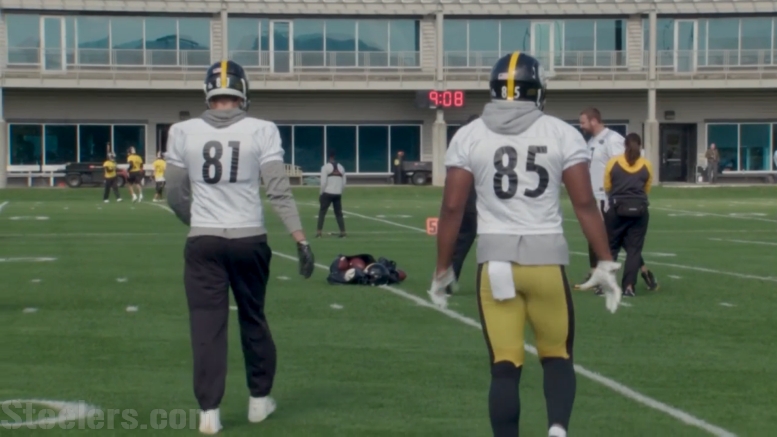 Question: Will the Steelers acquire a veteran tight end prior to the start of the regular season?

It’s not uncommon for the Steelers to make trades to shore up an area of the team that they would like to be a bit stronger late in the proceedings, even late August. Last year, they added Ryan Switzer. The year before that, it was Vance McDonald and J.J. Wilcox. Justin Gilbert and Brandon Boykin are other names of recent vintage. Oh, and let’s not forget the great Josh Scobee.

Do they always work out? Well, no, not really, but the point is that they happen. Less common is the team actually making meaningful signings at this point in the offseason. Even a name like Daimion Stafford was significant for them in comparison to their typical activity level in this arena of roster building.

Doesn’t mean they won’t do something different if they see an opportunity, however.

The discussion of its possibility arises this year in light of the fact that the team’s on-paper replacement for Jesse James, their high-snap-playing number two tight end, is a fifth-round pick out of Michigan who is still adjusting to the position in Zach Gentry.

Alex Kozora has even gone so far as to etch it in whatever the internet equivalent of stone is for his first 53-man roster prediction that the Steelers would make an addition at tight end so that they don’t have to get put in a position where they have to rely on Gentry this season.

The team has spoken primarily of his upside more so than anything else whenever he has been mentioned. That sounds more like a redshirt rookie season than somebody they expect to come in and play a role.

But it wouldn’t be the first time a rookie has outperformed expectations, even if only in terms of snap count. The team’s last two first-round picks would fall under that category. T.J. Watt was new to his position at the time as well.