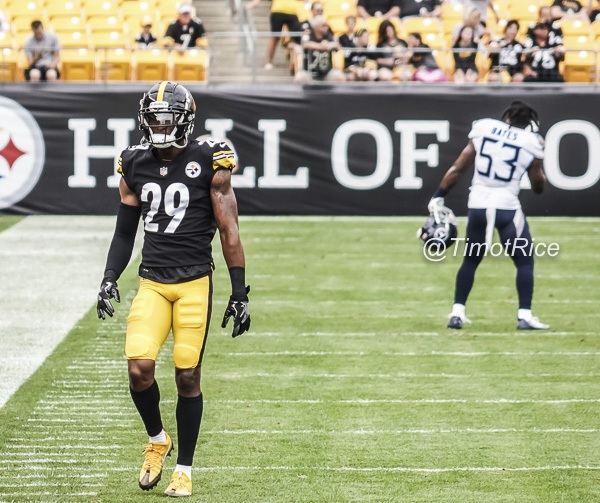 Question: Which non-insane player position switch would you be on-board with?

One of football fans’ greatest pastimes is throwing out proposals for players to make position switches on the flimsiest of rationales. I’m not going to go out of my way to cite specific examples—I’m sure you can fill in the blanks in the comments below—so as not to stoke the rage of those who might have been for them. But position switches sometimes do make sense, and work.

The Steelers have a number of players on their roster, and in their recent history, who prominently did just that. Both Heath Miller and Antwaan Randle El were recruited to play quarterback, though in Randle El’s case, he actually remained there. T.J. Watt was a tight end at the start of his college career.

The most significant move on the current roster is their left tackle, Alejandro Villanueva, who has played tight end, wide receiver, offensive tackle, and defensive end over the course of his college and NFL career. He was playing defensive end in Philadelphia when the Steelers brought him in to work him at tackle.

Though less ambitious, Willie Colon’s late-career move from tackle to guard was a success, even if most of that success would come in New York rather than in Pittsburgh, as just another example. And Mark Barron, while with the Rams, moved from safety to linebacker. Roosevelt Nix moved from linebacker to fullback.

To be, the absolute best example of a player who could stand to make a position change currently on the roster would be Brian Allen, a third-year cornerback who hasn’t played on defense and has already been released once. A move to safety, which is a comparatively thin group this year, is something that could work for him, or at least give him a better shot at sticking around or even contributing.

This is one more for the future, but I could potentially see Joe Haden moving to safety as well late in his career. He might not have the ideal size, but we’ve certainly seen him deliver ball-separating hits even at cornerback when given the opportunity. I don’t think there’s any question he has the intelligence and spatial awareness to play safety.