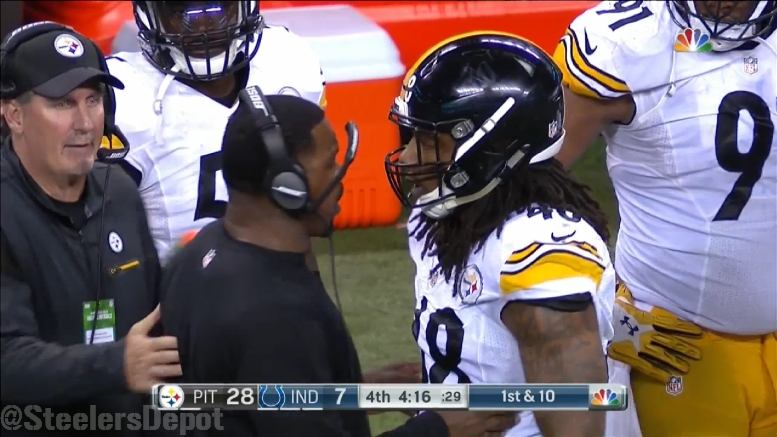 Question: Will Keith Butler be able to get anything out of Bud Dupree that Joey Porter didn’t?

One of the topics that we really haven’t discussed too much so far this offseason is the fact that the Steelers are going to have a new outside linebackers coach after Mike Tomlin chose not to renew the contract of Joey Porter.

Porter served as the team’s outside linebackers coach since 2015 and up through the 2018 season. He was a defensive assistant the year before, the final season with Dick LeBeau. When Butler, then the linebackers coach, was promoted to defensive coordinator, Porter and Jerry Olsavsky were promoted into divided roles in Butler’s former job.

Now Butler will retain his defensive coordinator role in addition to resuming at least partial responsibilities in instructing the outside linebackers, though it has been said that defensive line coach Karl Dunbar will also work with the group as they are part of the front four pass rush in the nickel and dime defenses.

Porter is the only position coach that Dupree has ever known, and it’s fair to say that he has underperformed during that time. It has to be pointed out that Porter is also the position coach that T.J. Watt has ever known, on the other hand, but it’s not unreasonable to believe that different coaches can get different things out of the same players.

Butler had plenty of success when he was coaching the linebackers, both the inside linebackers and the outside. Nobody ever really had any complaints about him in that role, though many have dreaded adding more to his plate, since he has been criticized for his handling of his primary coordinator role.

So the question today is a simple one: will Butler get anything out of Dupree that Porter did not, that will contribute to him having a career year? It would certainly be the time for it as he plays under his fifth-year option.