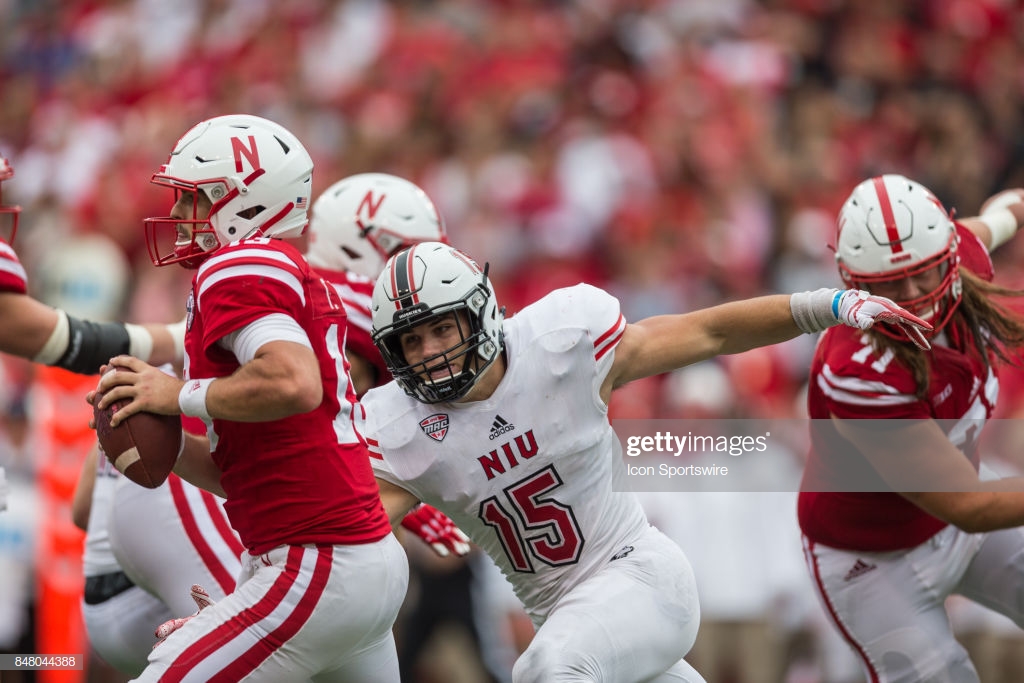 Question: Can Sutton Smith’s size translate into the NFL?

The Steelers did not address their concerns at edge rusher until the sixth round with the selection of Sutton Smith, an undersized college defensive end from the MAC conference who is even undersized to be a stand-up edge defender in the NFL in a 3-4.

At 6’0” and hovering at around 230 pounds, it’s obvious that he is going to have to find some way to mitigate the size factor that will come into play going up against tackles that are not only bigger, but also more athletic.

While Smith was actually a highly productive pass rusher over the course of his final two seasons at Northern Illinois, and even shows legitimate pass-rushing moves, the question is simply if he can execute them without simply getting mauled.

For the moment, his primary task is to impress Danny Smith, and truthfully, his defensive skill set should actually translate well to being a strong special teams player. If he can affix himself to the roster, then he will have the time, and thus the opportunity, to perhaps bulk up some or to figure out ways to counter the size and athleticism of his offensive adversaries.

After he establishes himself on the roster, he will have to find a way to carve out a role for himself behind, at least currently, Bud Dupree, T.J. Watt, Anthony Chickillo, and second-year Olasunkanmi Adeniyi.

He should have the opportunity to see some success during the preseason because, quite frankly, offensive line depth is one of the weakest areas of rosters all across the league, and that includes both size and skill. So it’s important as well not to project success against preseason opponents in his case into the regular season.